Last night, some of our family (not everyone was available) went to the county fair. The purpose was to engage people in conversation and share Jesus.

We decided to split the report and pictures into several posts, so you’ll hear from a few of us. So stay tuned! 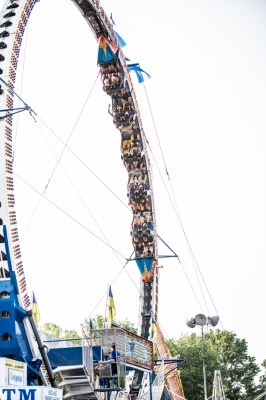 Sarah’s Thoughts: At first, I took pictures, but then I decided it was time to take the plunge. I spotted two teenage girls eating hot dogs, and I asked them if they’d like to take a survey. They readily agreed. I said if they got eight of the Ten Commandments right, they’d get $5. Clearly, they liked that idea. It’s a very simple way to witness.

On my clipboard, I had a little sheet that listed the Ten Commandments, and I checked them off as people said them. I also told them they didn’t need to give them word perfect–just the concept. I also didn’t set a time limit.

With groups of teenagers, you can get some real synergy going, as they all work together, discuss, and try to come up with the commandments. You can tell they like it, because of the way they interacted with me and asked me to tell them how many they had gotten or to read off the ones they had. They were very engaged. Afterward, I gave them a Trillion Dollar bill tract or Are You a Good Person? tract. One group of girls I had shared with and had earned their $5, stopped to talk later on. They said the $5 had been perfect because they had been headed back for $5 more for their ride! 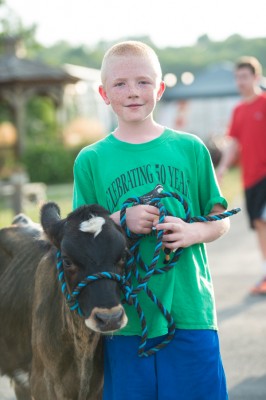 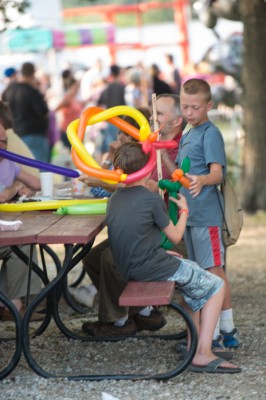 I loved sharing Jesus last night. I’ll admit at first, it took me out of my comfort zone to walk up to someone, but as soon I took that step, it was awesome. It gave people opportunities to think about eternity. It’s forever.

The girl behind our trip last night—my sister, Mary. She has such a heart for sharing Jesus: it has been an example to me. You should see her face glow, and it’s inspired me. Sharing Jesus through the Ten Commandment survey, followed by however the Spirit prompts, is so easy. Just go equipped with $5 bills. You’ll need them!