Add 1 tablespoon vanilla after butter and honey starts to boil.

While butter and honey are heating, mix in a big bowl:
6 cups Rice Krispies (we use the off-brand ones from Aldi)
5 cups rolled oats
3 tablespoons cinnamon

Add the butter/honey mixture to the dry ingredients and stir well.

Bake at 350º for 20 or so minutes until it’s looking a little brown. We usually stir at 10 minutes and switch the pans from top to bottom.

Remove from oven and stir granola in each pan.

Turn oven down to 250º, return pans to oven, and bake until granola reaches desired level of crispness, usually 20 to 30 more minutes. We take ours out to stir and swap the pans top to bottom every 10 minutes.

There are many other things you can add to granola, but our girls enjoy this plain version.

“But speaking the truth in love, may grow up into him in all
things, which is the head, even Christ” (Ephesians 4:15). 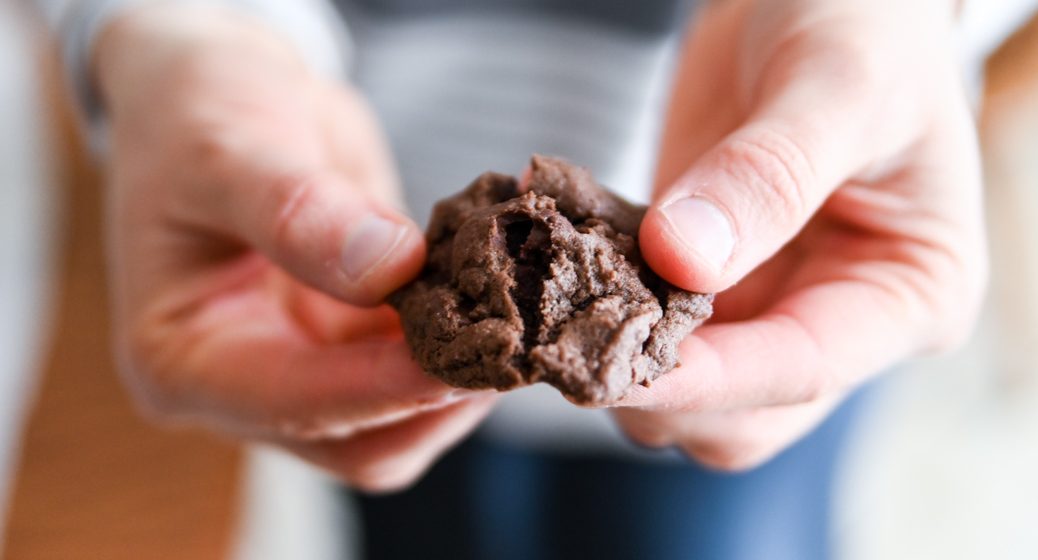 I’d like to introduce you to a gem of a recipe we found years ago on the back of a Gold Medal flour bag. We modified the recipe, and you’ll see what we’ve turned it into below. It’s an easy-to-make double chocolate cookie with no-fuss ingredients.

I made these on Valentine’s Day and thought I’d document them to share with you all.

Love,
Sarah
PS: Thank you for all the kind words. My improvement is slow, but I see progress. Praising the Lord for His mercy.

Preheat oven to 375º. Mix flour, cocoa, baking soda, and salt in a bowl. In a mixer, beat butter, granulated sugar, brown sugar, and vanilla on medium speed until creamy. Next, beat in eggs.

Slowly beat in flour mixture. When it’s combined, add chocolate chips and beat (yes, you read that right) for 30 seconds to a minute to even two.

Now your batter is ready to bake. Spoon dough onto an ungreased cookie sheet (or we love our baking mats). If you want small cookies, a teaspoonful is fine, or, for a regular size cookie, we use a cookie-dough scoop to form that size. Bake eight or so minutes or until set. 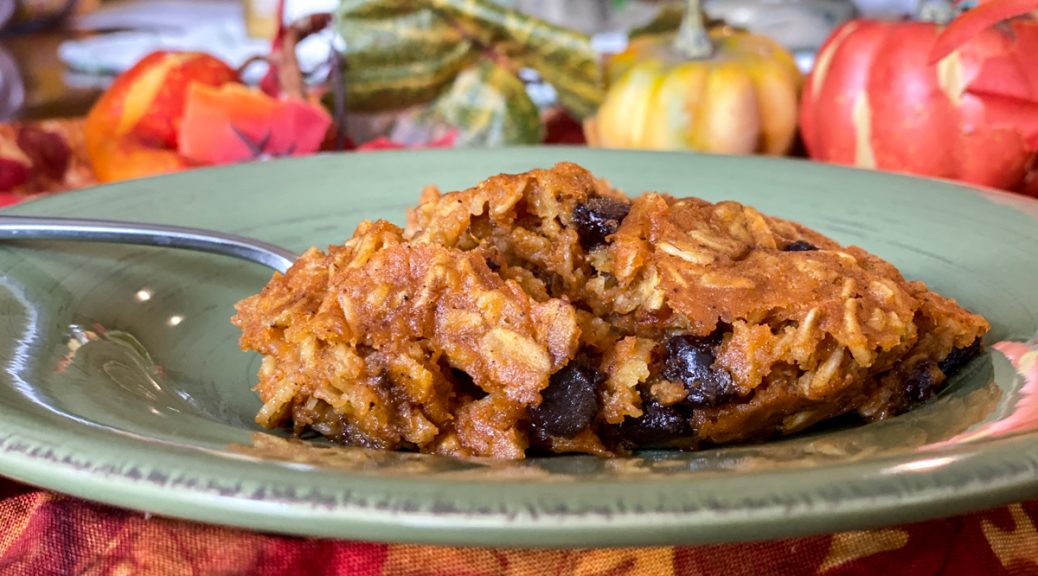 Preheat oven to 350 degrees. Combine oats, brown sugar, salt, baking powder, and pumpkin pie spice. Then, add pumpkin, oil (or butter), milk, and vanilla. Whip the eggs just a bit in a small bowl, and then pour into the rest of the mixture. Chocolate chips add the perfect touch, but you don’t have to use them unless you like. If you do want to, add them here. Pour into a greased 9×13 pan and bake for about 25-30 minutes. If you’re using a glass pan, bake time will be longer. Enjoy!

There’s something so beautiful about autumn in Kansas, and today, we welcome it officially! God is gracious to allow the sun to rise each day and to set. The seasons are predictable. “… for he maketh his sun to rise on the evil and on the good, and sendeth rain on the just and on the unjust” (Matthew 5:45).

To welcome fall, I want to share a pumpkin muffin recipe from the Maxwells. This muffin is bursting with flavor and so moist, but dense, so it won’t receive any puffy-bakery-top muffin awards. It’s our go-to recipe for family holiday breakfasts in the winter.

Line 12 muffin tins with muffin cup liners, although this is not necessary. If you don’t use liners, make sure to grease the pans. Sprinkle topping over muffins if desired. Bake for 16-19 minutes until the desired doneness.

Combine the flour, brown sugar, and cinnamon together while melting the butter. Stir in the butter. The mixture will be soft, buttery clumps. Sprinkle on top of each muffin before baking.

“To every thing there is a season, and a time to
every purpose under the heaven” (Ecclesiastes 3:1).

Be warned: there are raw eggs in the recipe. If you don’t want to use uncooked eggs, there are pasteurized egg products such as egg beaters you could use, but the results will probably end up different. Make sure the product you choose doesn’t have any spices included. Onion flavored eggs would make this quite a concoction!

We like the mousse over chocolate cake. We use a traditional Betty Crocker cake mix and then make sure the cake is cool before putting the mousse on.

Below you’ll find step-by-step pictures for Chocolate Mousse with the recipe following.

“Surely goodness and mercy shall follow me
all the days of my life: and I will dwell in the
house of the LORD for ever.”
Psalm 23:6