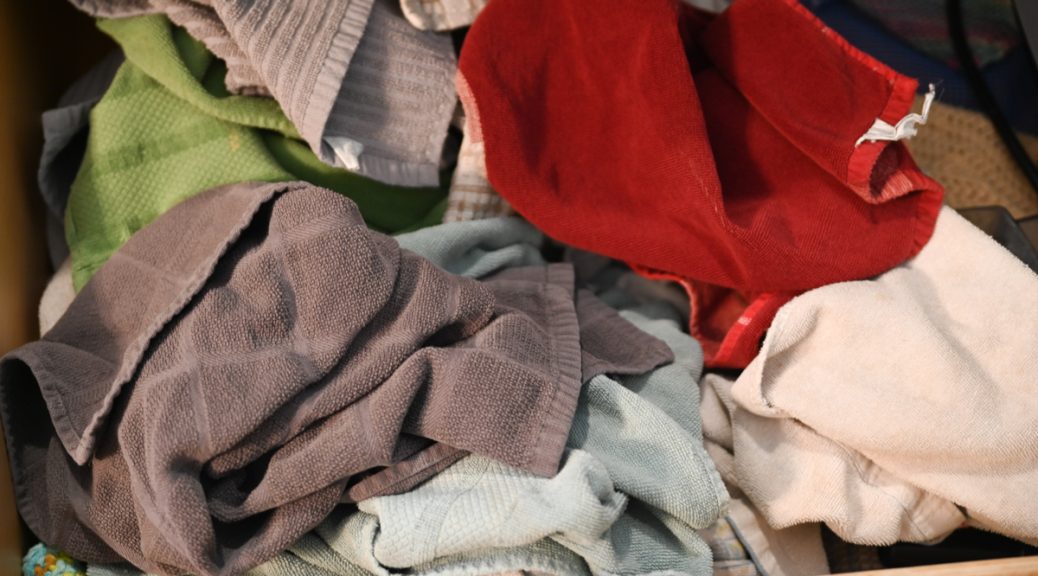 When we built our house eleven years ago, we planned the kitchen to be efficient and productive. One of those enhancements was two large drawers beside the sink where items that are normally used with the sink could be stored. One of the drawers holds our dish-drying towels.

For all my married life, I folded dish towels after laundering them and neatly put them in the drawer or on the shelf where they belonged. We go through several dish towels each day so we wash them two or three times a week.

One day, one of our sons questioned why I went to all the work of folding the dishtowels when they were stored in a drawer, out of sight. It didn’t matter if they were wrinkled since they were used again so quickly. My best answer was that the drawer looked nice with neatly folded towels.

Pondering that discussion, I decided it was worth trying dish towels going directly from the dryer to the drawer. Practically speaking, it was great. Aesthetically, it left something to be desired. I enjoyed the five or ten extra minutes I gained by not folding the towels, though. In the end, I decided a tidy drawer where it didn’t matter, wasn’t worth the time.

I think that was about three years ago. If I spent 20 minutes a week folding dish towels and haven’t had to do that for 3 years, I just figured out that netted me 52 hours of time to do things that do matter.

What about you? Any things come to mind that you might be doing that have outlived their reason to do them and that you could gain time if you let go of continuing to do them?

“Redeeming the time, because the days are evil.”
(Ephesians 5:16)

33 thoughts on “The Messy Towel Drawer”