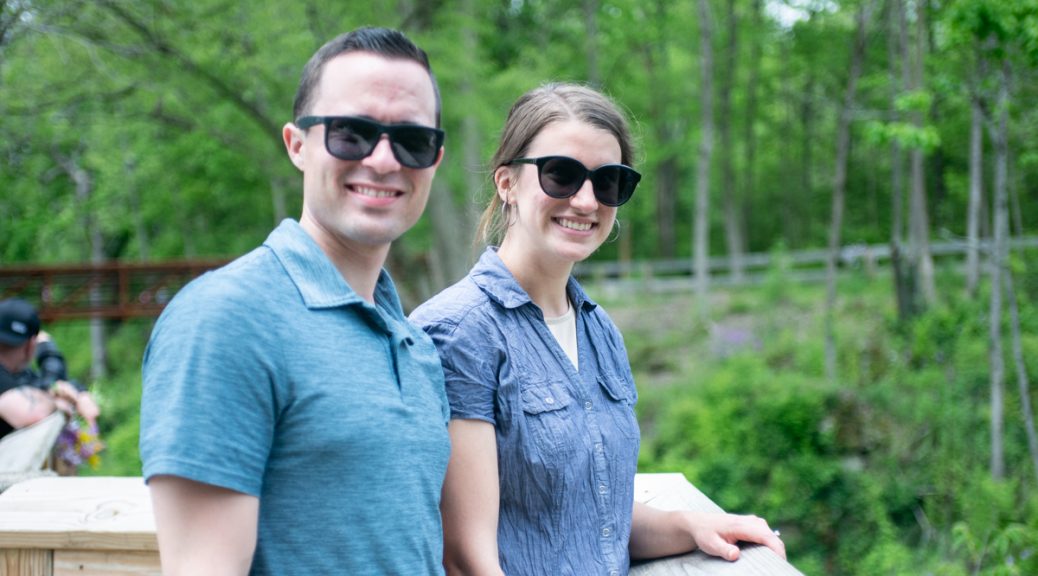 Last fall when his renters left, Jesse decided he wanted to remodel his house and sell it as a flipper. He worked on it until late March when it sold.

Jesse and Anna are renting an apartment in Kansas City. Their plan is to do that for a year. They wanted the experience of living in an apartment and felt like the first year of marriage would be the best time. They will also use that time to see where they would like to eventually buy a house. They decided they wanted to join a church in Kansas City that they like.

We will miss having them right here in Leavenworth, but they plan to come back for Sunday family lunches and other family events, so we’ll still enjoy seeing them and having them around.

“The mighty God, even the LORD, hath spoken, and called the earth
from the rising of the sun unto the going down thereof” (Psalm 50:1).