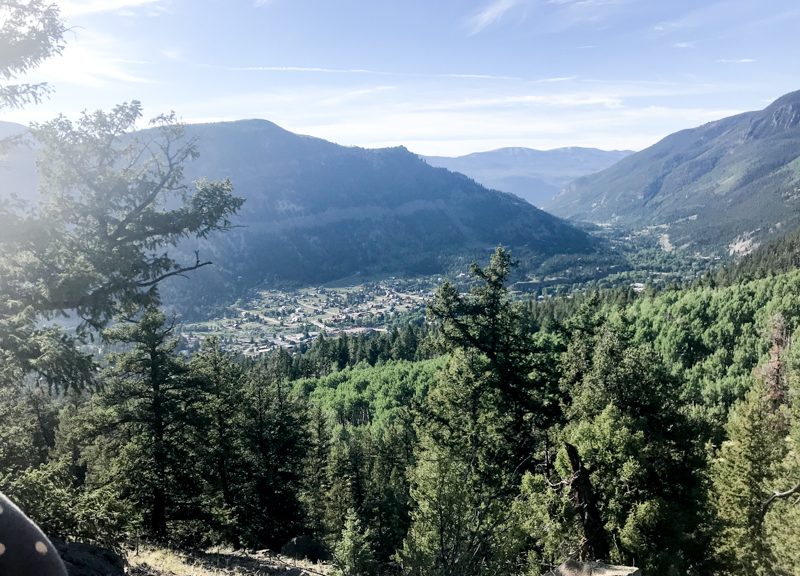 Since we’re in a new area, we’re excited to explore and try new hikes. Monday morning, we set out on a hike to a lake. We soon found we had some unexpected “visitors” — mosquitoes. We became pretty adept at swatting at them and also were thankful for the bug spray Anna brought. Despite the mosquitoes, the terrain and scenery were lovely and the company delightful. After a couple of hours of hiking, we arrived at Thompson Lake, which was a small, marshy body of water. We didn’t stay too long (mosquitoes tend to keep one moving) but soon continued further on the trail for a while. The stately aspen groves were so pretty, and sometimes we could see the little town in the valley where we are staying. Near the beginning of the trail, we walked by a cemetery that actually went up the mountain, with the trail on either side, and into the woods. We’d never seen anything like that before, and some of the graves were quite recent.

“And the heavens shall declare his righteousness:
for God is judge himself. Selah.”
Psalm 50:6

9 thoughts on “Hiking With a Twist”