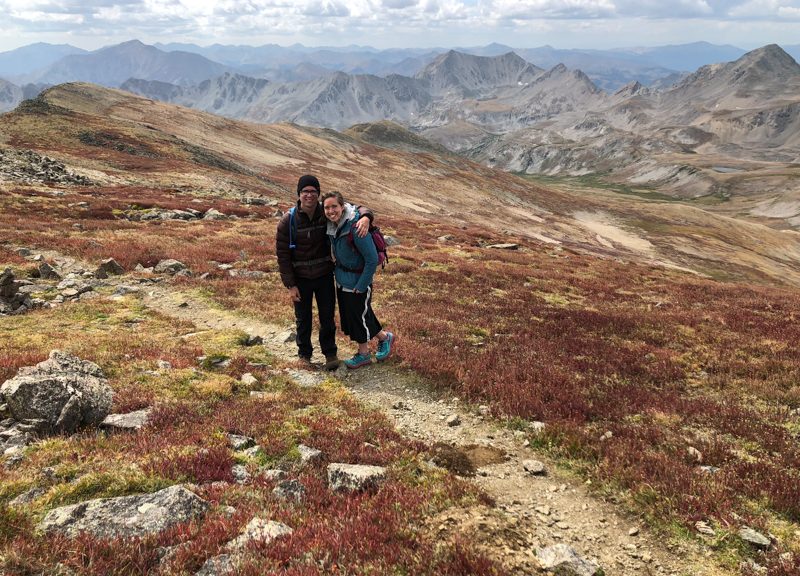 Mt. Belford was the first 14er we have done on a Saturday in quite a while, because it can mean a lot of hikers on single wide trails. Since Anna, Jesse, and Mary had a long hike on Thursday (watch for that post Monday!), we wanted to give them a rest day on Friday, and we were leaving on Sunday so that left us Saturday. Sarah stayed back at the cabin to edit her book.

It took us 1.5 hours to drive to the trailhead from our cabin. The last 3 miles the gravel road had the worst washboard we have been on so we drove slowly through there.

This climb was supposed to be 8 miles with 4500 feet elevation gain. We were ready to hike just as it got light so we didn’t need our headlamps.

We began the hike through a pine forest that leveled out a bit in a beautiful aspen grove. Once we had climbed above the trees, it was switchbacks all the way up the mountain. With so many hiking on Saturday, we could see the steady stream of people making their way up. 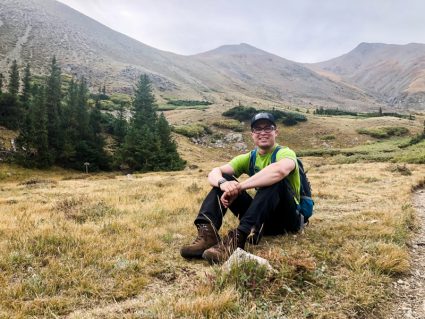 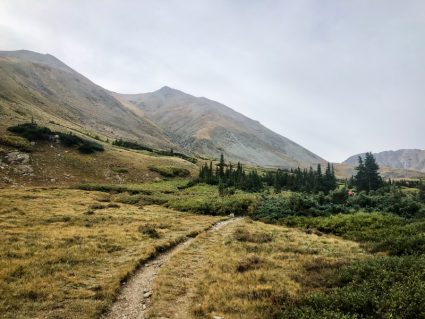 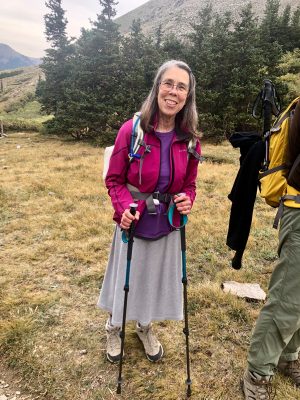 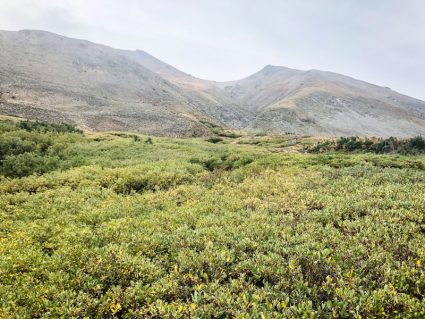 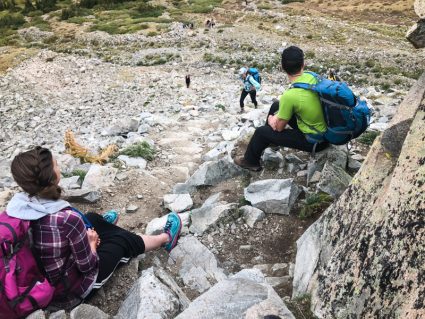 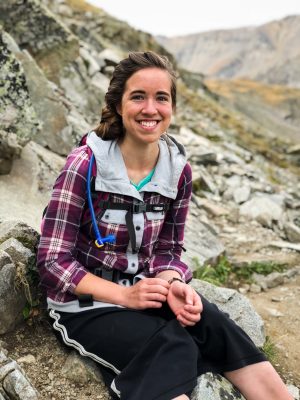 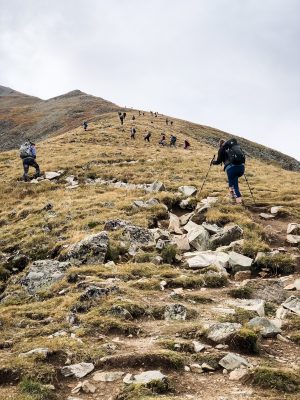 We worked and worked for the summit, only to find it was a false summit, and we still had further to go. We enjoyed conversations with several others who were hiking up about our pace. 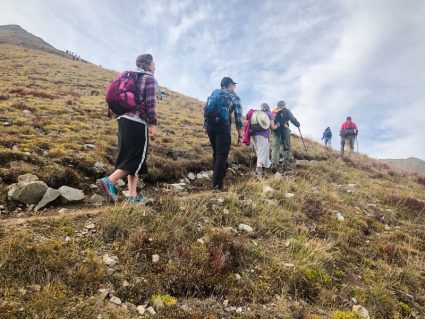 Not long after starting the switchbacks, Jesse, Anna, and Mary moved ahead to summit as they still had a great amount of energy. Steve and I planned to turn around at noon if we hadn’t yet made it to the top. We summited at 11:20 while the others had been enjoying the views for an hour. Jesse, Anna, and Mary (and Sarah and John) had climbed Mt. Belford before when they did a double 14er of Mt. Belford and Oxford. 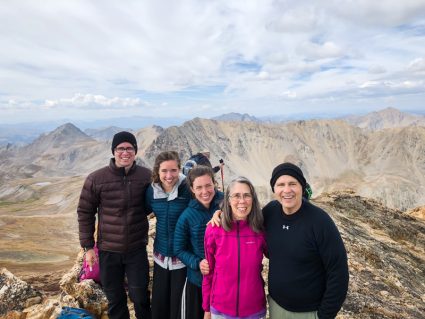 From where we rested and ate lunch on top of Mt. Belford, we could see the path on to Oxford and people on it, but our plan was just Mt. Belford.

There were two ways down–the way we had come up and another trail that appeared not to have so many switchbacks and was a mile longer. After some discussion, everyone agreed that Steve and I should go back the shorter way we came and the others should check out the alternate route. 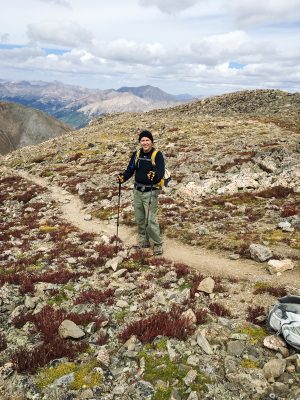 Going down, we spotted them on their trail, and they spotted us on ours. They were much further down, so they again rested while we poked our way down. Downhill is much easier than uphill, but Steve and I take it slowly because of loose rocks on the trail and our weak muscles after the climb up. 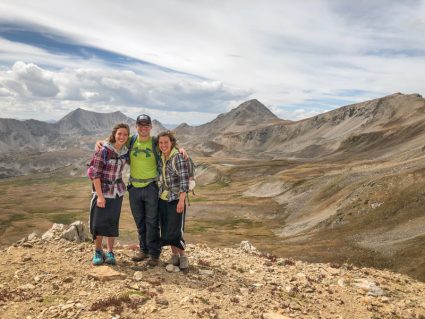 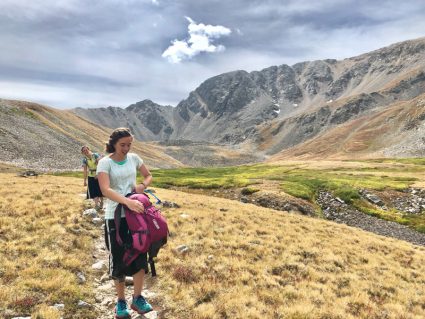 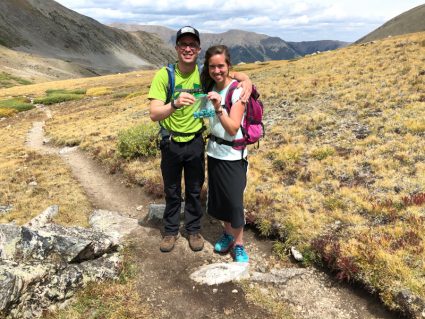 Steve and I thanked the Lord that we could make this longer 14er hike with more elevation gain than the one earlier in the week. 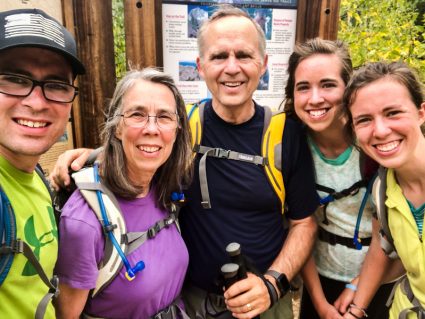 “Great is the LORD, and greatly to be praised in the city
of our God, in the mountain of his holiness.”
Psalm 48:1