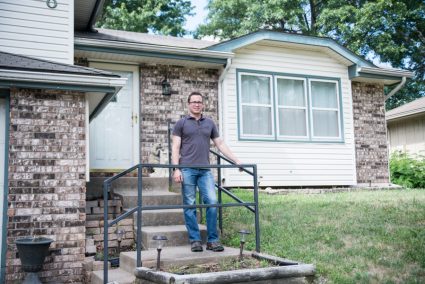 We’re very excited to share with you that Jesse purchased his house debt-free this month!

Jesse (23) worked hard to save over the past years and be wise with his expenditures. Also, living at home and no rent charged enabled him to save even faster. Dad and Mom are so gracious to provide for us in that way!

So, how did this come about? Jesse’s been watching the housing market for a while. Last year, he considered a house, but after some time, he saw it wasn’t a good fit. Then, in May, we had some friends over, and as part of the conversation, they casually mentioned the house next door to them, and that it was a rental house.

Jesse had the idea to contact the owner to see if he was at all interested in selling, and would you believe, the man was just about to list his house?! Every part of the process went smoothly. We praise the Lord for this exciting answer to prayer–and a fulfillment of a vision my dad had for his sons!

Jesse plans to use the house as a rental until he needs it, and he’s not in a relationship.

Dropping off his check at the title company! 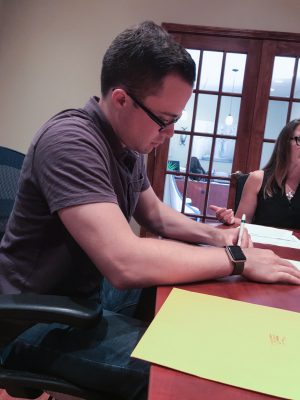 At the house closing!

I strongly recommend two resources (Preparing Sons and Buying a House Debt-Free). My parents share practically how they prepared my brothers not only to provide for their future family but also how they encouraged them to buy a house debt-free.

“… and the borrower is servant to the lender.”
Proverbs 22:7