Remember when I multitasked and browned ground beef for something sometime? I was working in the kitchen doing other meal prep.

Recently, we put that ground beef to good use. All the kitchen helpers were going to be busy during normal lunch (which is our bigger meal of the day) prep the next day. We decided to make soup the afternoon before that could simply be heated up the next day. 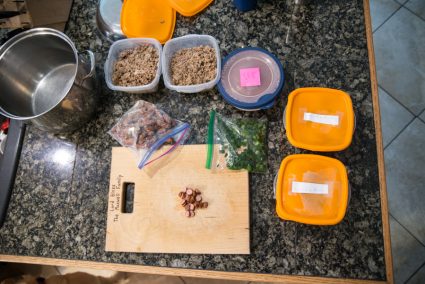 The pork roast broth was a good amount of liquid for the amount of meat we were using. We just put it into a pot to defrost and boil. I dumped the ground beef into the pot along with the green onions. Then I sliced some of the little smokies sausages—an amount that seemed to compliment the ground beef as secondary meat. 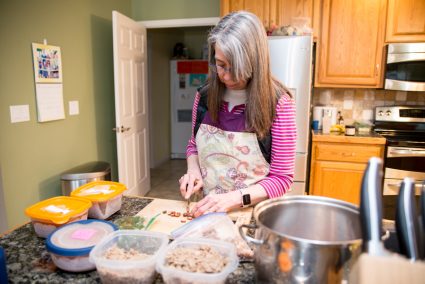 When we tasted the broth that way, we decided not to use the tomato sauce since the flavor was already delicious. 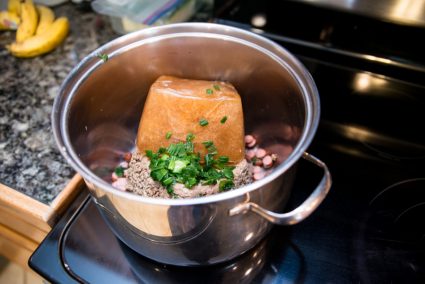 Then we let that simmer a while before adding the mixed vegetables and boiling them.

We finished the seasoning by adding garlic salt and other seasonings to taste.

The result? Delicious soup! If your weather is anything like we’re experiencing in Kansas, soup is the perfect thing right now. 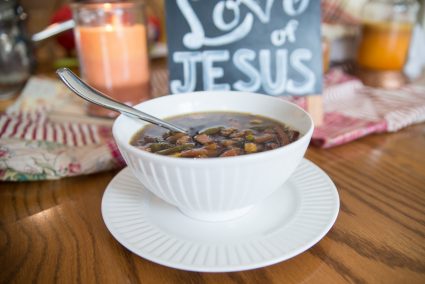 “O taste and see that the LORD is good:
blessed is the man that trusteth in him.”
Psalm 34:8