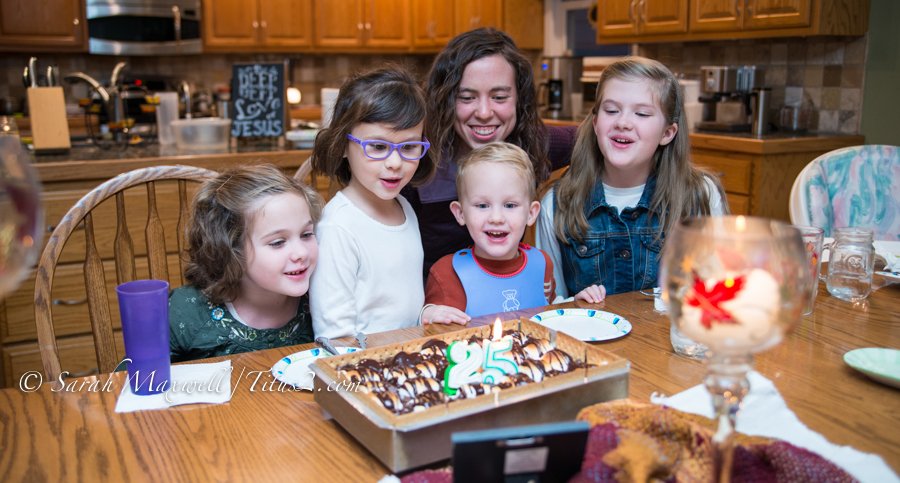 Anna’s birthday turned out to be a perfect, autumn day with snow flurries. Mom remembered when Anna was born we had a snow storm.

That evening, we had a delightful family party with her menu choice, a simple one:  stew and Mary’s rolls. Dessert? A S’mores dessert. Anna’s known for her love of marshmallows, and this struck a perfect combination of marshmallows and chocolate.

With so many little ones, present time is funny. They’re all anxious to help the birthday person. Someone asked about Anna’s gifts. They included: a hand-knit scarf from Abby, sweet card for another niece, cozy boots, a balloon apron, flannel shirt, etc. 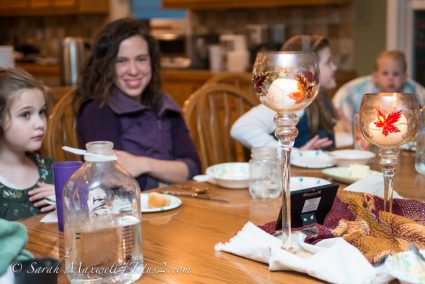 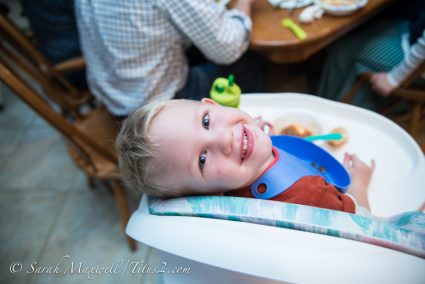 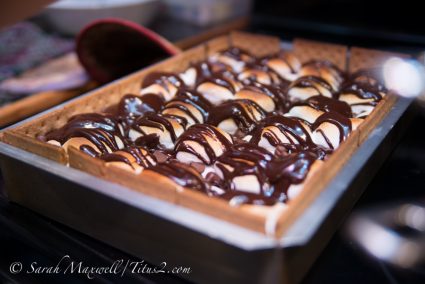 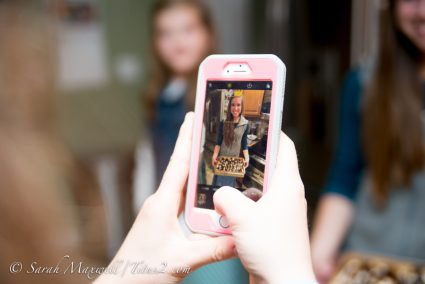 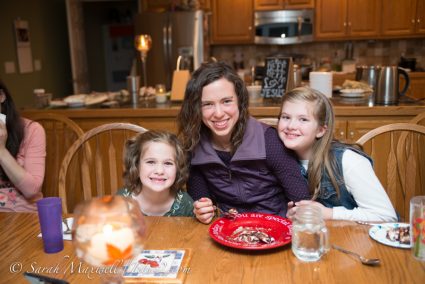 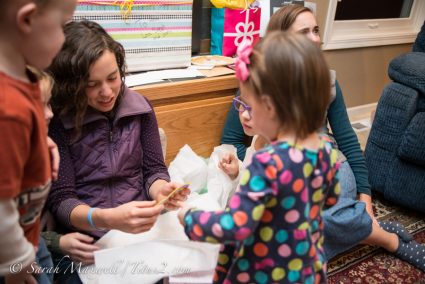 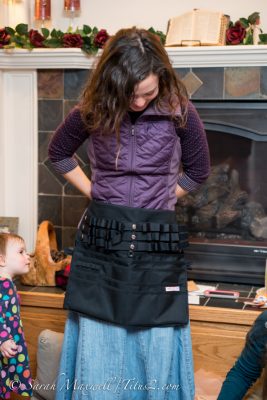 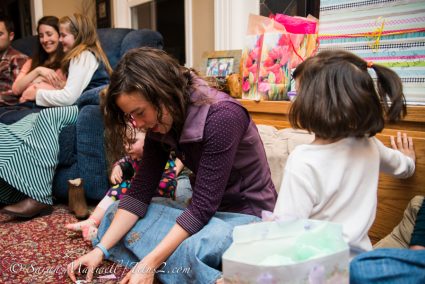 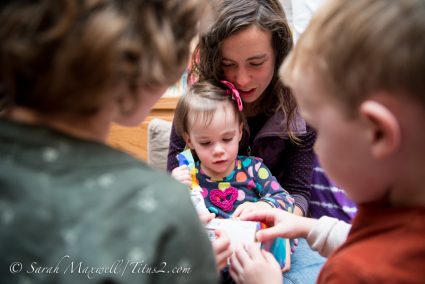 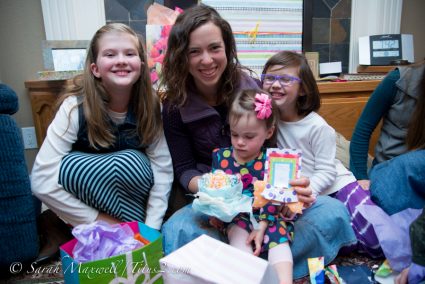 “But let it be the hidden man of the heart, in that
which is not corruptible, even the ornament of a
meek and quiet spirit, which is in the sight of God of great price.”
1 Peter 3:4 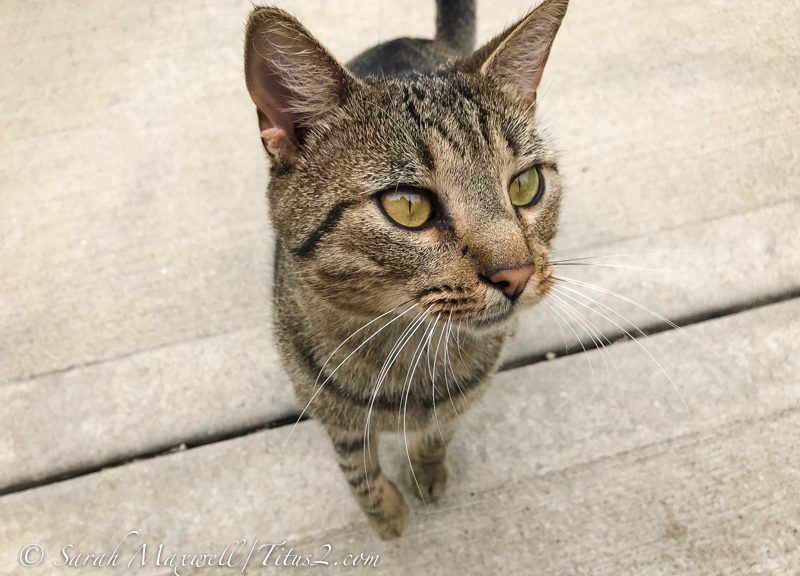 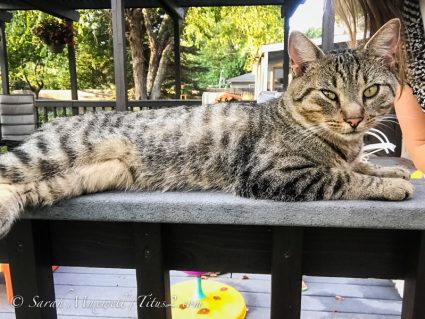 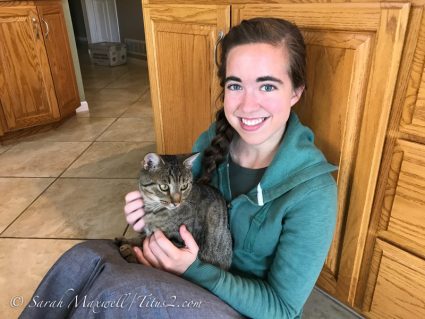 One late summer day, an unfamiliar, skinny, affectionate tabby cat showed up at our house. Several of the family sitting outside, began calling to him. When they called, “Arnold,” he came running. Over time, we discovered he liked to be around people and Ellie.

Because he was was hungry and skinny, we began feeding him some of Ellie’s dog food, but he had a hard time chewing it. Before long, I bought a bag of cat food, and I started feeding him on the front porch.

Soon I was quite attached to him, and the family started calling him my cat. We were concerned about his health—fleas, worms, ear mites—and our grandchildren, who liked to pet him. So Steve encouraged me (what a sweet husband since I was concerned about spending money on a stray cat) to take him to the vet for shots and medications.

Now he lives in our garage at night, and comes and goes during the day. I sit with him for a few minutes in the morning while he eats before Steve and I go for our walk. In the evening, when he eats, I will be out there if I can, reading a book. If I stay around, he usually sits on my lap purring for a while.

Many in the family like the little fellow and will go out to the garage to see if he is there. Now that is it getting colder, he spends more time in the garage, making it his domain.

We don’t know where Arnold came from although we asked around the neighborhood. Arnold now has a home, and I have a cat.

Trusting in Jesus,
Teri
PS – Ellie and Arnold below! 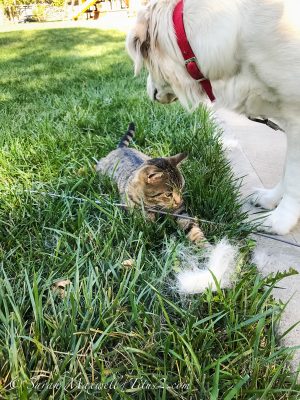 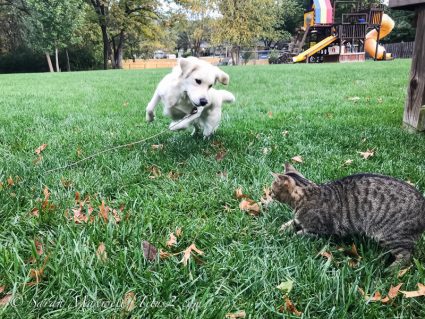 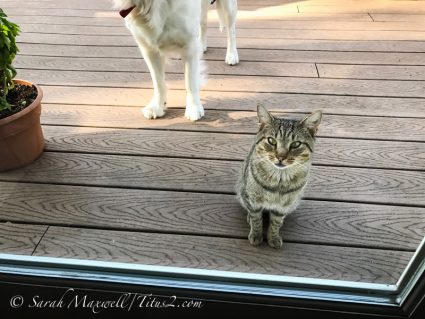 “A righteous man regardeth the life of his beast:
but the tender mercies of the wicked are cruel.”
(Proverbs 12:10) 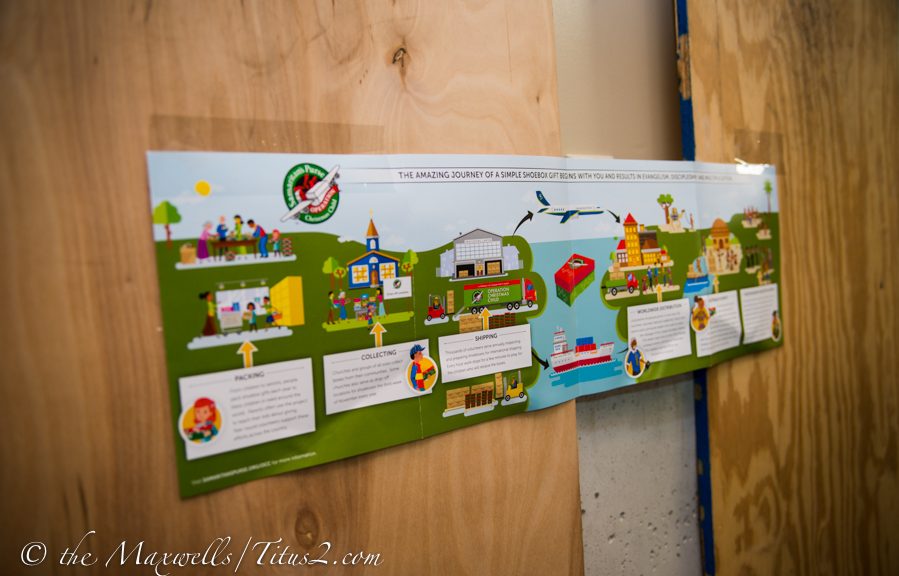 There would be no OCC without people like you, who are willing to invest in children. This may be the only time in their young lives to experience the blessing of such a special gift. This may also be the first time they hear the good news of Jesus.

Imagine. A young boy prays for someone to give him tools, and then shoeboxes arrive, and his shoebox has tools! These things happen all the time with OCC. God answers prayers. And He wants to use you as His messenger.

As you shop, as you pack, pray. Pray for the child receiving your gift. Pray the Lord will use it in the exact way that’s needed. And know that, according to 1 John 5:14, “And this is the confidence that we have in him, that, if we ask any thing according to his will, he heareth us.” I find that very exciting!

Last week, Anna and Mary set up a shoebox assembly line. After many months of purchasing items, preparing them, and all that goes into it, the time had arrived to compile.

It was quite an awesome machine going on! Abby, Betsy, and Tina packed, while Mary did the final check-through and labeling, and Anna oversaw it all. Family dropped in to see the progress, and even Drew and Melanie packed. Christopher’s family was on a trip, but their littles will help with the final boxes soon.

Your enthusiasm and personal stories on our last blog post for OCC was simply contagious. For those who haven’t packed a shoebox or are procrastinating, please jump in. It’s not too late. And you will impact someone’s life in another country. 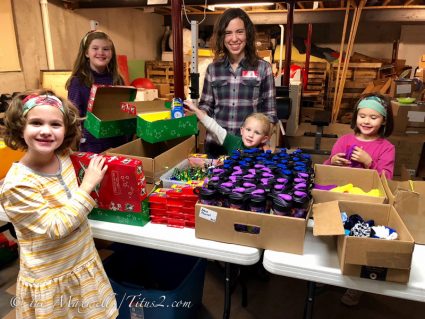 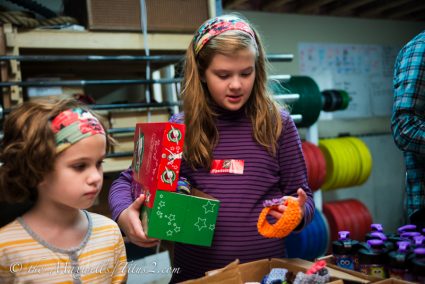 “A father of the fatherless, and a judge of the
widows, is God in his holy habitation.”
Psalm 68:5