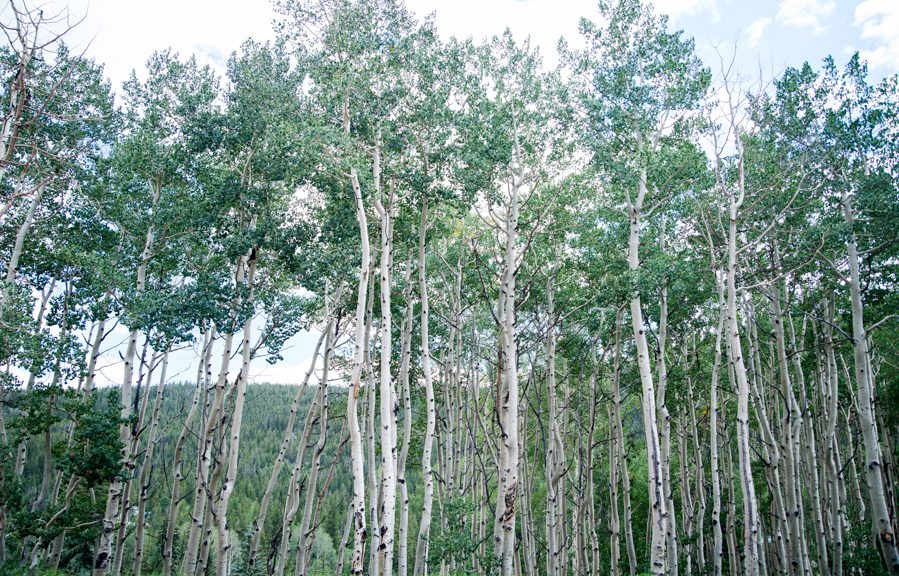 August marked Titus2’s 11th blog anniversary! We’re extremely grateful for YOU, our loyal readers. We’d love to hear from you in the comment section as to topics and ideas you want to see covered in the future. 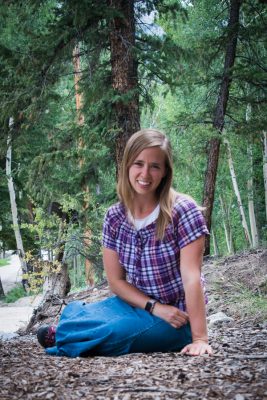 “By him therefore let us offer the sacrifice of praise to God
continually, that is, the fruit of our lips giving thanks to his name.”
Hebrews 13:15 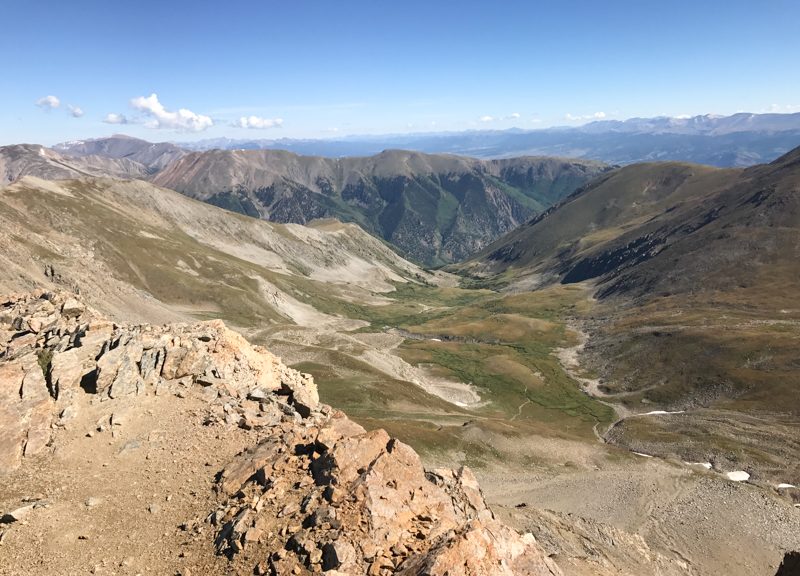 Friday morning came early. On purpose. We needed to leave the cabin at 3am to make the trail by about 4. Missouri Mountain, is right next to Belford and Oxford, which we did last year.

When we arrived at the parking lot, we saw a fair number of vehicles there. So that meant some were already hiking and some camping up the trail. Missouri is about 10 1/2 miles round trip and an elevation gain of 4500′.

Hiking in the dark definitely adds an interesting dimension, and it makes the time go faster. At least it seems that way. And the stories and conversation were really rolling that morning! On this particular trail, we gained a lot of elevation on the first part, and then when we got to the meadow, we had a pleasant break before we hit our final push. 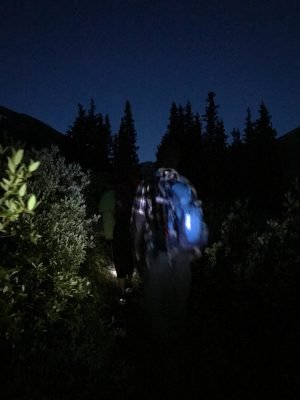 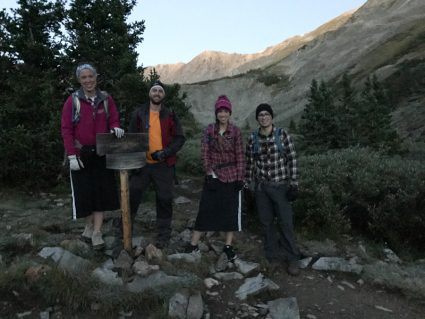 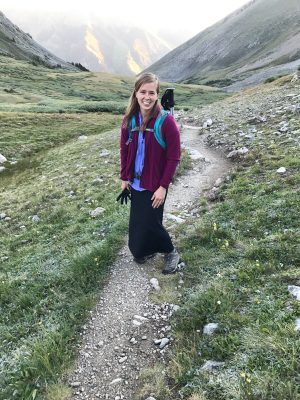 As we left the tree line, we saw headlamps winding up the path to Belford. Occasionally, we could tell that the people were stopping to glance back down into the valley (at us), as we also had headlamps.

Several stream crossings on icy rocks slowed us down a little. 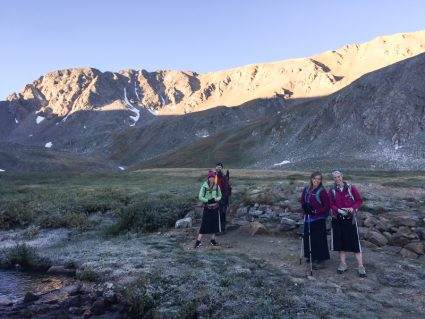 You can see Missouri in the background. It’s to the left of Mary and John. The views at this point were pretty incredible. 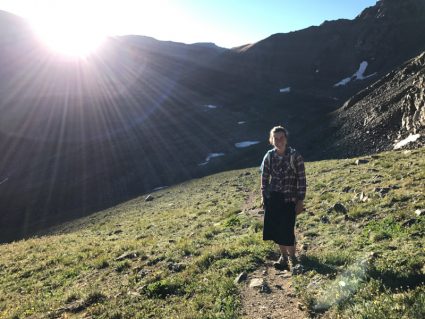 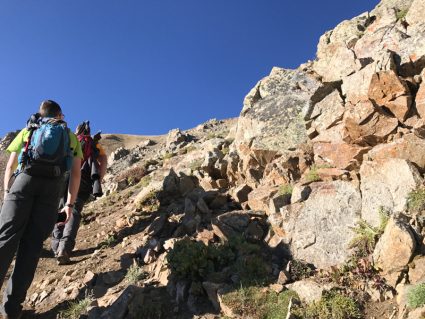 Now, we came to the part of steep climbing. You often couldn’t look ahead and see where the path took you, as it was hidden in the rocks. And we were still guessing if Missouri was to our left or right (turns out to the left).

When we got to the ridge, we hit another flat part. Super nice. The ridge wasn’t too hard, but if you don’t care for heights, you won’t want to look at the steep hillside next to the path. Right about now, I began getting altitude sick. I’ve had it before on 14ers, and the symptoms are pretty easy to discern: pounding head, feeling like you’re going to cry (for no reason!), etc. I told the others, and we stopped for me to take Tylenol, rest, and eat and drink. 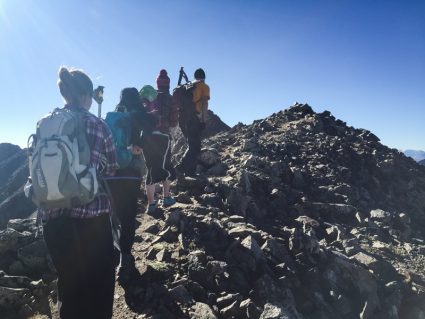 I recovered (mostly), and we continued to a point. 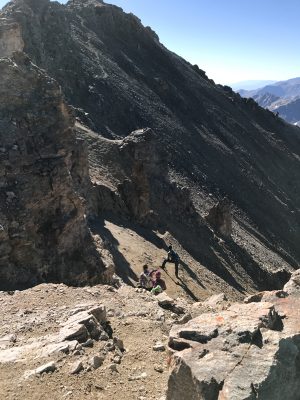 It’s right there. What you see above. Very loose rock/scree, and it’s steep. But with going very slow, one can make it across.

The guys evaluated routes and coached the girls through that section. At this point, though, I knew my limits, and I decided to stop, even though the summit was in sight. John went up to summit quickly and then came back with me, while Jesse, Anna, and Mary crossed this stretch and spent time on the summit. 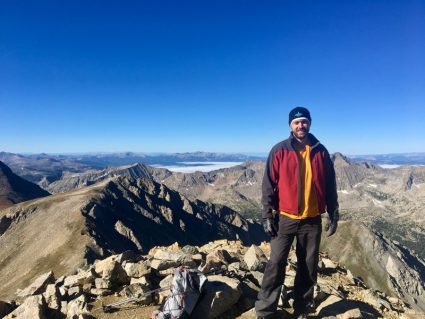 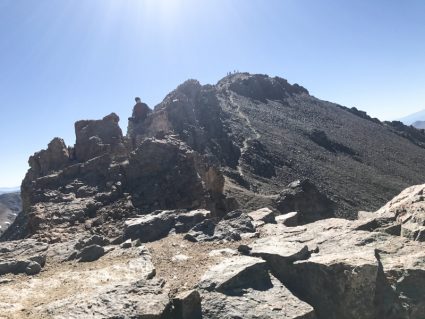 You can see John sitting on that rock edge. He also turned out to be a great coach for other hikers, as he knew the best way to get through that loose rock area. 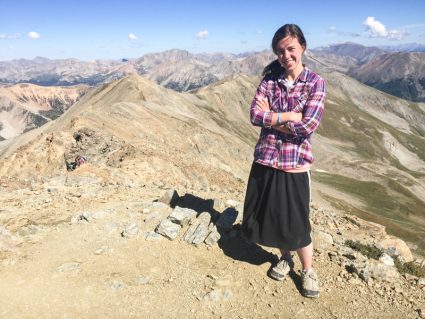 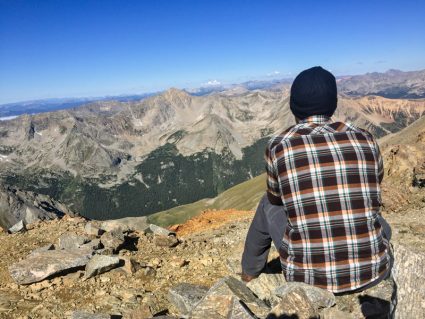 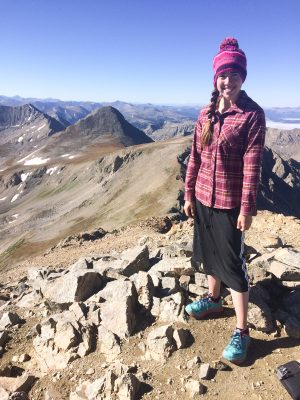 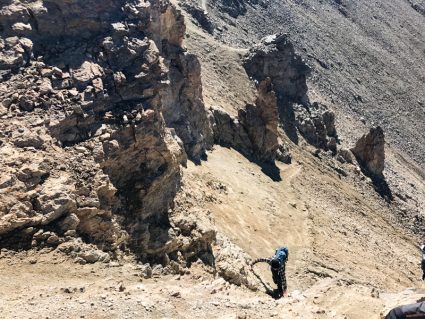 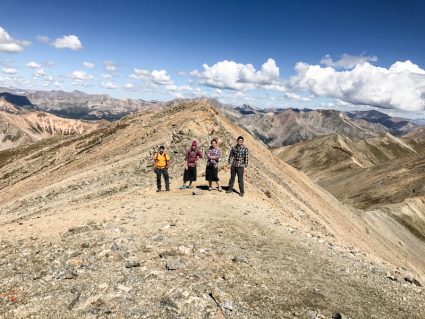 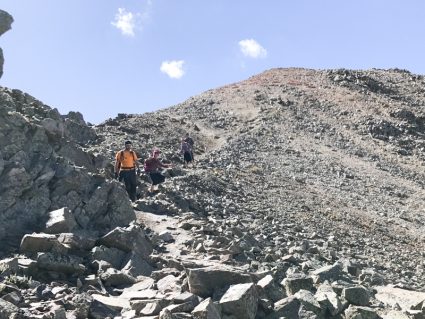 On the way back, John and Jesse gave the girls lessons on coming down scree sections. I, for one, still wasn’t feeling good, so I was doing well to just keep walking. 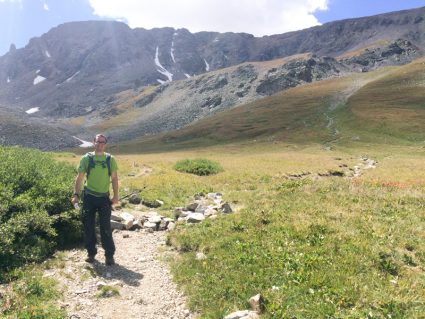 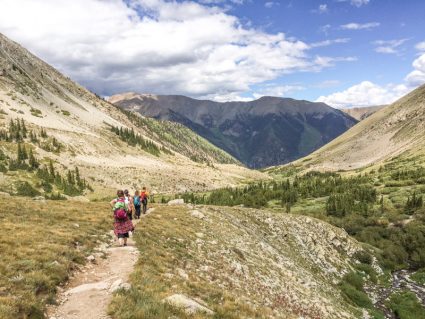 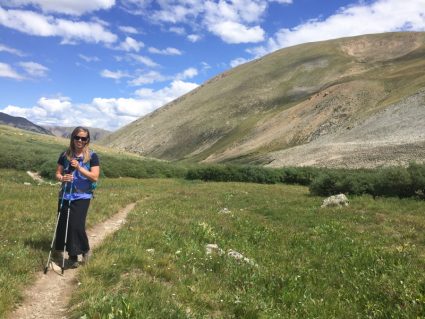 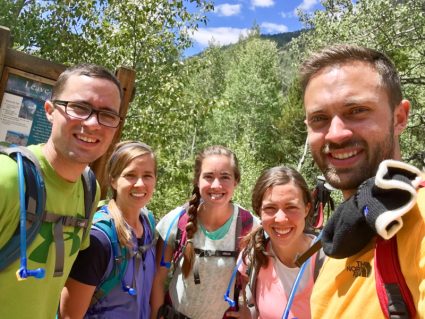 We had a very sweet time as siblings hiking Missouri Mountain! We love to work together, to encourage each other, and to pursue a goal as a team!

Love,
Sarah
PS – More later on what Dad and Mom did that day!

“I press toward the mark for the prize of
the high calling of God in Christ Jesus.”
Philippians 3:14