We’re happy to bring you the second and final part on the importance of a fire safety plan (Part 1 is here). As was shared in the first one, it’s easy to think it’ll never happen to us, but that is not a wise “plan.” We must be prepared. It could mean the difference between life or death!

I went into the children’s bedroom and yelled, “Get out! Fire.” Some woke faster than others. The smoke alarms were about ready to scream. The children were dreamy and confused, but they had practiced this drill before. They grabbed nothing. They didn’t hesitate. They didn’t ask questions. They didn’t argue. They were obedient. They all went together down the stairs and out the front door. They continued on to the barn in the middle of a frigid, dark February morning. They didn’t even have socks on as they stood waiting on the frozen ground. But, four of them were there waiting. It was so dark that my wife couldn’t see them, and in terror, yelled out their names to find them while on the phone with the 911 dispatcher. She had already placed two children in the car, as well as the two dogs, but in the utter chaos, our disoriented four-year-old left the car to head back into the house, inadvertently letting the confused dog out also. God truly did orchestrate every moment of that night. I was running to the front door to throw my wife the car keys when the dog and four-year-old came strolling back in. By God’s grace, I was at the right place at the right time to return them to safety. We had a fire plan, but God had a rescue plan. 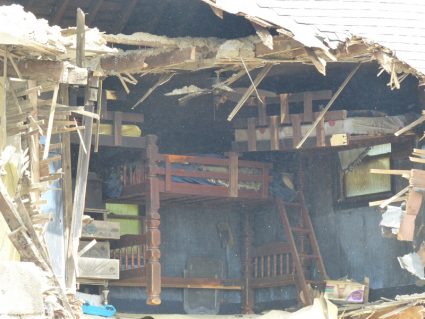 As part of a fire plan, we had very important pictures and documents in three places that could be easily carried out just in case. All of our family photos, videos, titles, birth certificates, etc. were retrieved quickly, since we had them in one movable chest just for such an event. We had a fire extinguisher, and I ran upstairs to attempt to fight the flames. The smoke had already infiltrated the room, and opening the attic door could make things much worse. I ran back down stairs to remove several other items. Smoke rolled down the stairs behind me. The bearded dragon and hermit crab were not going to make it. I covered my nose with my shirt to get the guinea pigs, but the smoke was much more powerful than I ever imagined. It was much different than a campfire. It was so toxic to my lungs that I could not tolerate even the smallest amount. The guinea pigs would be gone. 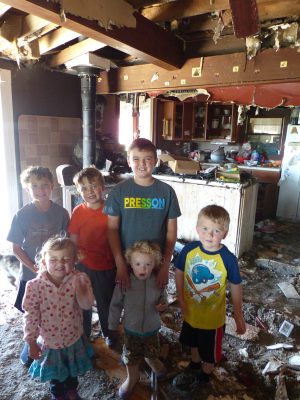 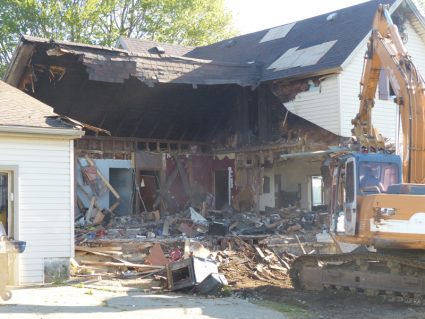 In less than 10 minutes after seeing the first smoke, the entire house was impenetrable. How much time would my children have had upstairs? The sound of 10 smoke detectors blaring on a quiet, country night will never leave my mind. The fire department arrived. The movies make it look so easy. There’s flames and some smoke, but, unless one has experienced a residential fire, the darkness of the smoke is hard to fathom. When the flames come through the roof and the firefighters continually spray endless water into your upstairs windows, the reality hits.

I needed to retrieve one item after the firefighters were finished. It had taken several hours and required multiple departments. They escorted me into the dining room where I had just been hours earlier enjoying the flames from the stove. Water was running out of the door like a river. Reality hits.

Through all of this my family was safe at the neighbors. We had all made it out of a 1am house fire. We’d find out later that somehow the guinea pigs had lived, too. God had a plan. I believe He set that plan on our hearts for just that night.

What is God planning for you? Have you felt the urge to check your smoke alarm batteries? It could be the Spirit giving you the nudge.

Have you felt the need to create a fire evacuation plan for your children? Could it be the Spirit whispering in your ear because He knows something that you don’t?

It’s overwhelming to consider how many events needed to unfold that day to place me alert and awake on the couch at 1am. I believe there was an intruder in our attic that night. It was the Holy Spirit. He wasn’t there to destroy, but to save. Even through it all, we have nothing but thankfulness. We serve an awesome God, and we owe him all the glory! We earnestly pray that everyone will listen for the Lord’s plans in their own lives. If you have never set in place a fire escape plan or practiced fire safety we strongly encourage you to take the time to do so! 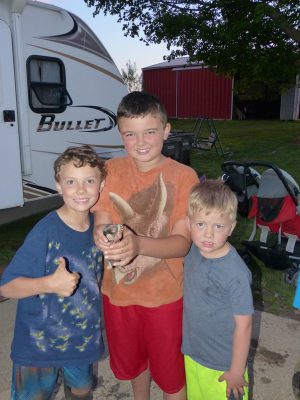 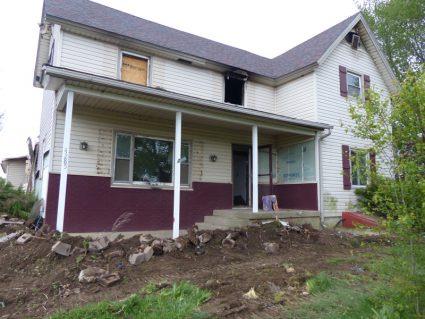 6 thoughts on “Preparing for the Implausible, The Importance of a Fire Safety Plan Part 2”