Recently I did standardized testing for our 8-year-old homeschooled granddaughter, Abigail. It was a nostalgic time for many in our family.

Now my first grandchild has reached an age for standardized testing, and I am in a season of life where I have the time available to do that for her.

We planned four mornings for the testing, but with only one child being tested, we could go at her pace. Almost every test she finished in half the allotted time and that included double checking. In just two mornings from 9:00 to 11:15, she completed the whole Iowa Basic Skills battery. Of course, we had a break in the middle for a snack and some chatting. 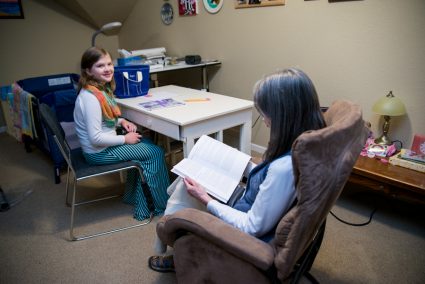 11 thoughts on “The Generations Advance”