“For the Lord God is a sun and shield:
the Lord will give grace and glory:
no good thing will he withhold from them that walk uprightly.”
Psalm 84:11

Each of us face things in life that are challenges. In this past week, I had three very difficult work issues that were beyond our control. As I was praying through the second one, I knew what I felt would be best. But as I prayed, the Lord put on my heart that He is still good if things turned out the opposite of what I would like.

So what are you facing right now? Can you see the good in it, or does it feel impossible? Another promise I love from Psalms is this beautiful word picture of the Lord: “my goodness, and my fortress; my high tower, and my deliverer; my shield, and he in whom I trust” (Psalm 144:2). 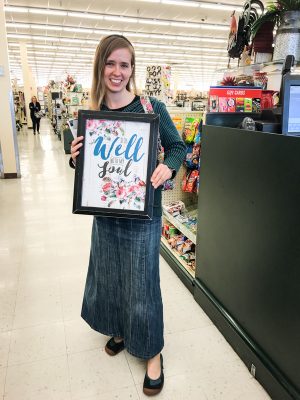 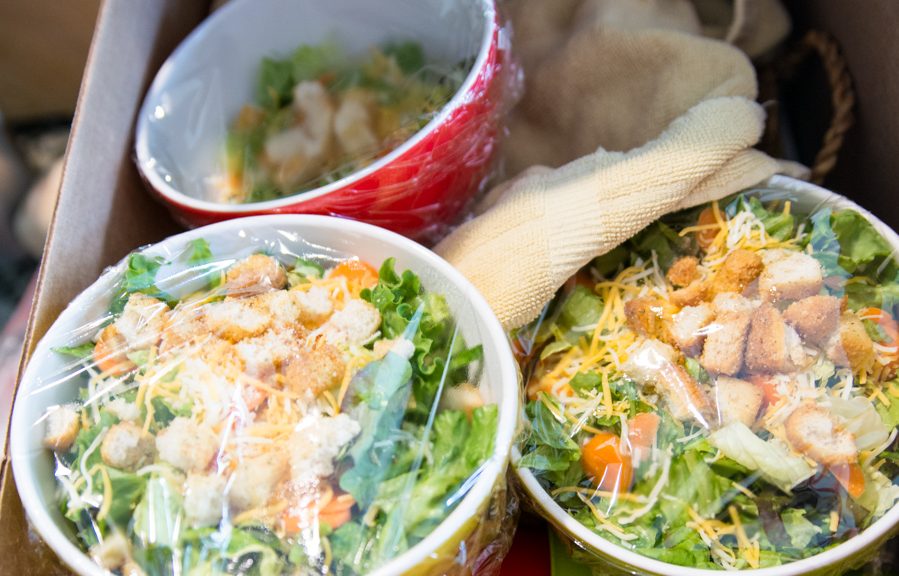 We have a number of elderly friends who attend church with us, and sometimes, due to needing extra care, they move over to the nearby rehab or assisted living facility. When my sisters visited one of these sweet ladies, she mentioned she was lonely and also missing good food. She said she wanted to give the cook a new cookbook: the cook has been using the same recipes for the past 7 years. Loved that comment. 🙂

My awesome sisters planned a very special lunch consisting of salad, homemade rolls (Mary’s are melt-in-your-mouth incredible), beef potpie, and oranges. Then, they took it up to her and ate with her.

The result = our friend was very blessed and loved it!

What can you do today to bless others? 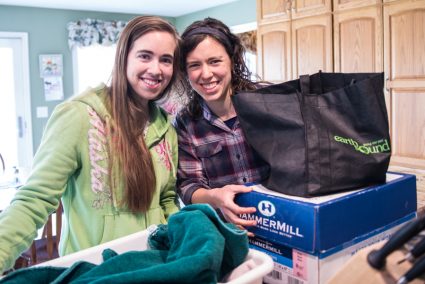 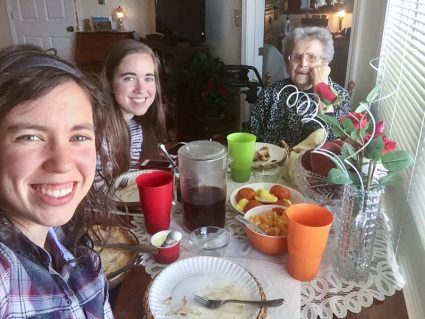 “And to godliness brotherly kindness; and to brotherly kindness
charity. For if these things be in you, and abound, they make you that ye shall neither be barren nor unfruitful in the
knowledge of our Lord Jesus Christ.”
2 Peter 1:7-8

On Sundays, we have an open invitation for any of the extended family who wants to join us for lunch. It seems for quite a few weeks, due to traveling or sickness, we haven’t been ALL together. But today we were, and wow, our table is getting very full! Twenty-three strong, with the addition of Benjamin. Praise the Lord for HIS faithfulness! I decided it was worth grabbing a picture. 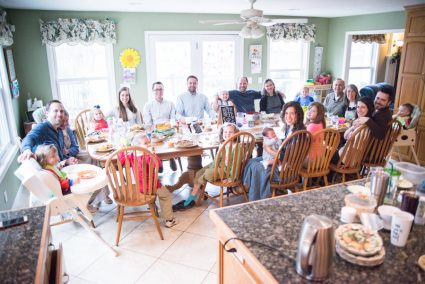 “And his mercy is on them that fear him
from generation to generation.”
Luke 1:50 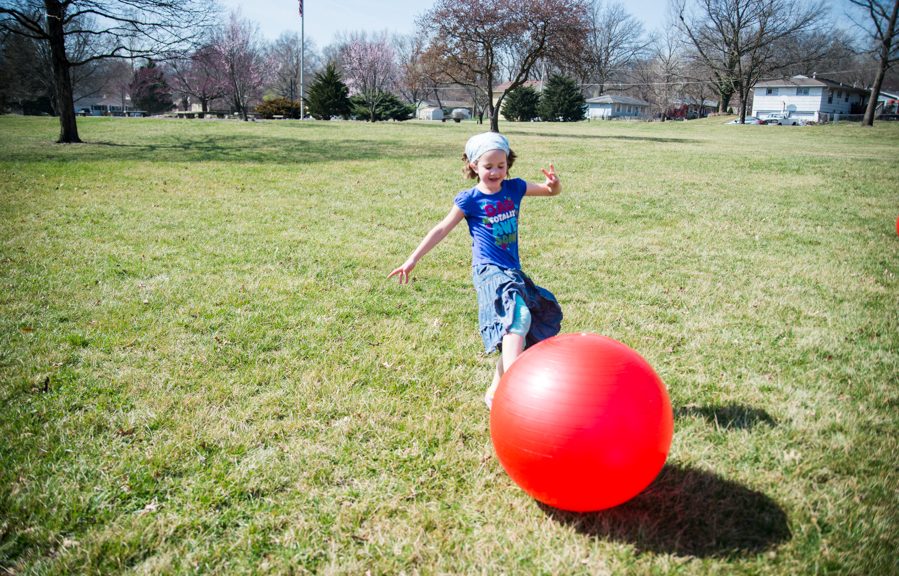 With the arrival of nice weather, it seemed like a perfect time for a Grandma, Aunties, and grandchildren outing to the park to play and have a picnic. The girls and I packed sandwiches, apples, chips, cookies, and water for all. Since so many of the little ones are in car seats, we took Nathan and Christopher’s minivans.

It was a perfect day, with wonderful children, and everyone had a delightful time as you can see. 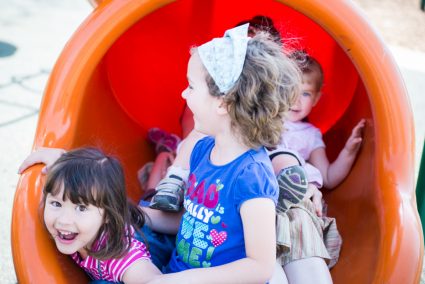 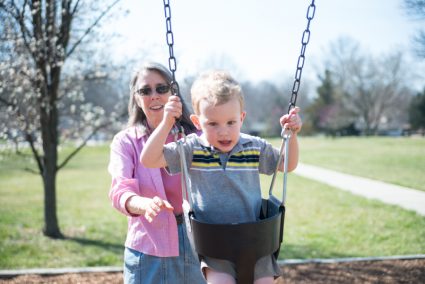 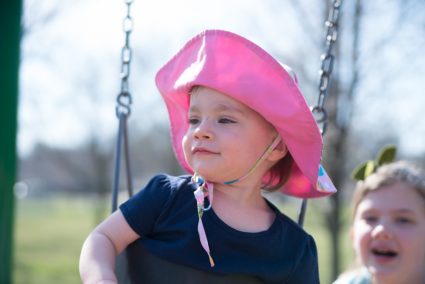 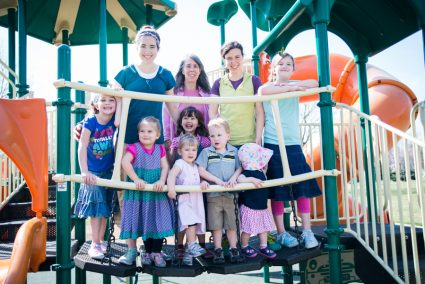 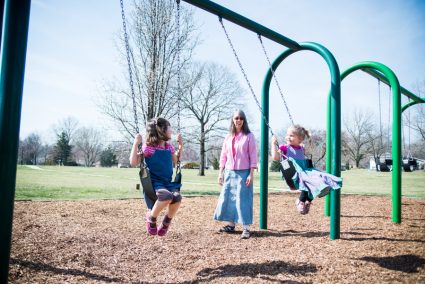 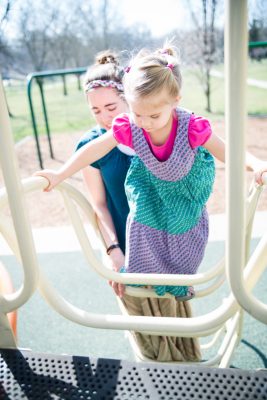 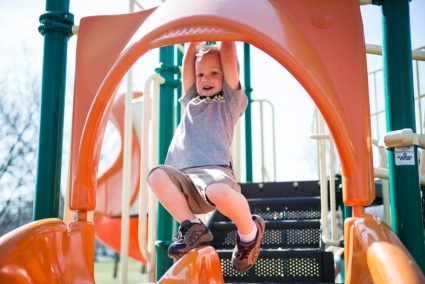 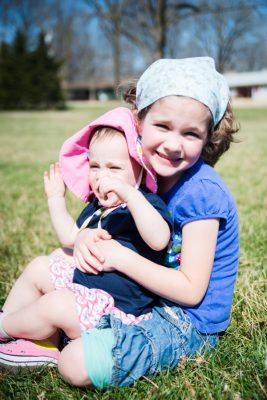 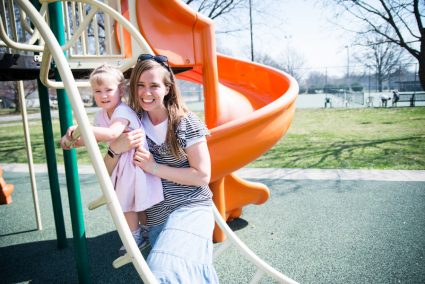 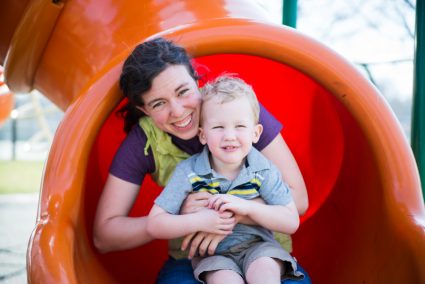 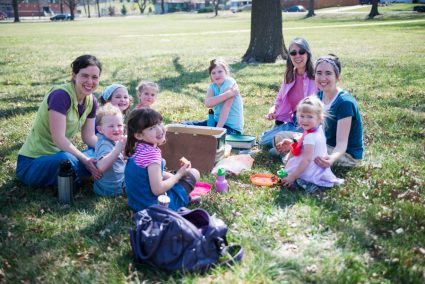 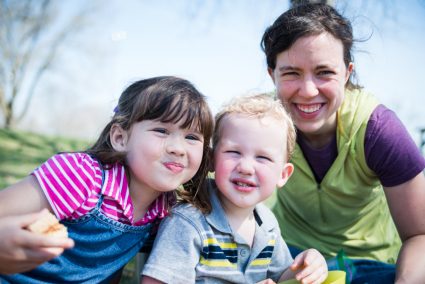 Happy 10th Birthday to my little niece, Susannah, who is celebrating in heaven. For those who are new to reading the blog this past year, I’ll explain the purpose of this post.

Nathan, my oldest brother, married Melanie in 2002. They both were committed to letting the Lord decide how many children they had. Four and a half years later, they were ecstatic to find out the Lord was blessing them with a little one! I think one of the hardest things in life is waiting–and they were a beautiful example of patiently waiting on the Lord. Melanie’s pregnancy was high risk due to multiple factors, and she was on bed rest quite awhile. Then, little Susannah was born March 21st, 2007, 6+ weeks early. But being early wasn’t the problem. She never moved or opened her eyes. In the womb, she had been an active little one, even earning the nickname Thumper. During labor, Thumper was carefully monitored, so it was a mystery to the doctors as to what happened.

Death is inevitable. 10 out of 10 people die. But saying good-bye is hard. Really hard. I now have an empathy that I never had for those whose little ones have entered heaven on the early side. The crushing sensation–the darkest night–would “normal” ever feel “normal” again–yet, even in the midst of sorrow, spring bloomed, and slowly the hurt began to heal. 10 years later, Nathan and Melanie are surrounded with five children. God’s mercy is abundant.

But even with time, that doesn’t mean we’ve forgotten. Just yesterday, when I was making tortillas with Abby and Betsy, I thought about Susannah–we think of her as a baby, but the reality is, she would have been 10 today. So, yes, we miss her here on earth. But the separation is only temporary. Because of Jesus’ shed blood and His mercy, we’re heaven bound!

For those who have lost little ones in any stage of pregnancy, stillborn, SIDS, or some other situation, know that we care and we hurt with you.

If you can handle a tear-jerker, here’s the slideshow of her short life.

The music is by Joseph, Anna, Jesse, and Mary. Joseph wrote the lyrics.

We enjoyed the Love and Respect Marriage Conference. Before we went, we weren’t quite sure what to expect, because the book seemed fairly repetitive. So we weren’t sure if the conference would be the same way. Wow! It wasn’t at all. We found the live experience to be concise and amazing!

Steve felt Emerson Eggerichs was possibly the best speaker he had heard, both in the Christian and business arena. If you are familiar with Ted Talks, it was equal to and greater than those. 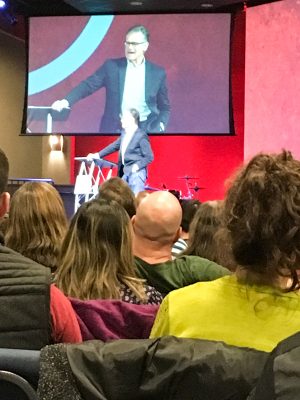 The conference involved a reasonable amount of time. They packed an amazing amount of information into Friday night and Saturday morning, but the presentation riveted our attention. It was condensed and yet covered the key points, being highly practical.

This conference isn’t about breaking into small groups or couples having assignments to do together. It is all teaching time. Through out the conference we laughed, everyone else laughed, we saw husbands poking wives and smiling, and wives poking husbands and smiling.

There were 800 to 1000 in attendance at the Aurora conference, and the majority of couples were in their 20’s or 30’s although there were couples into their 60’s like Steve and me and even older.

Almost all went forward at the end to recommit their marriage to the Lord by implementing what was learned and asking forgiveness for past failures. Likely the ones who didn’t go forward weren’t going to try to move since the front filled up quickly and only the aisles were left for others.

It was clear that hearts were touched. Steve and my hearts were! After almost 43 years of marriage, we learned things that we are excited to put into practice in our marriage.

It was a simple, yet highly applicable, message that could transform a terrible marriage and energize a great one.

The proof in always in the fruit. We believe that the message was right—biblical and personal.  The fruit depends on whether those in attendance will implement it. From the stories shared, it is likely many will. That is exciting, especially with the number of young couples who were there.

“But the mercy of the Lord is from everlasting to
everlasting upon them that fear him,
and his righteousness unto children’s children.”
Psalm 103:17