Mount Belford and Oxford are located in the Sawatch Range of the Rocky Mountains. They are close to each other, thus making it feasible to do both back to back.

Because of the importance of summiting early in the day to avoid being caught in a thunderstorm on top, we started out at 2:50 am.

We hiked in the dark with our headlamps for about 3 hours. 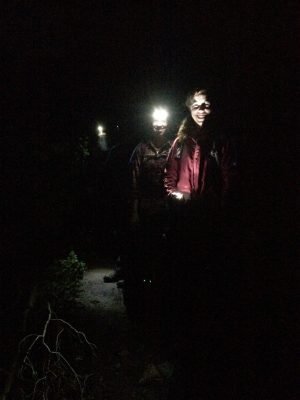 After we got to the meadow, we could see Mount Belford ahead, illuminated by the moon. Gorgeous. We also saw snow on it.

We climbed our way steadily up, one foot in front of the other. As dawn broke, we saw a herd of mountain goats on a far off slope: so pretty (sorry: no pictures: I didn’t have my DSLR camera with me). 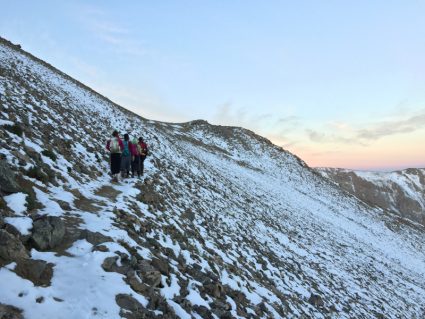 The trail was wonderful. We’re very grateful to the Colorado 14er Initiative for all their work on trails! In fact, we saw a group of them working on part of the Missouri trail.

We summited Belford at 6:50 am. It was so cold (probably a 15 degree windchill) all we could do was layer up and get moving on to Oxford.

The trek over to Oxford looked snowy but doable.

So we set off and warmed up as we walked. It took us an hour and a half to summit Belford, in some places finding our own trail through the snow.

Oxford was beautiful and deserted—we were the first and probably only ones to summit it that day. We took time to eat snacks and grabbed pictures. Oxford’s summit was roomy and fairly flat, unlike Belford which was very rocky with steep inclines on several sides.

Then, we headed back. We knew this next part would be hard, as we’d lost a lost of elevation coming down from Belford. And it was hard. Two of us weren’t feeling so well, but we kept at it: slowly and steadily. 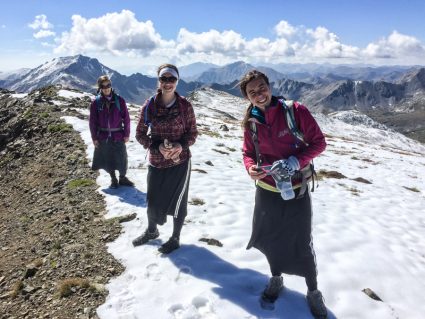 We re-summited Belford, and the temperatures were warmer, so we took pictures, ate more snacks for energy, and enjoyed spending a little time before making our final descent. 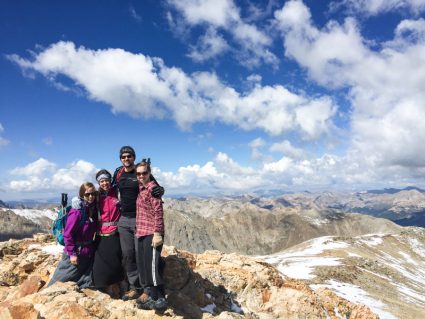 Around 11 am, we headed down. We saw a search and rescue helicopter fly around the area, and we found out later that a man died on Harvard (from unknown causes: SARs found him early that morning, but he was missing as of the night before). That was sad. 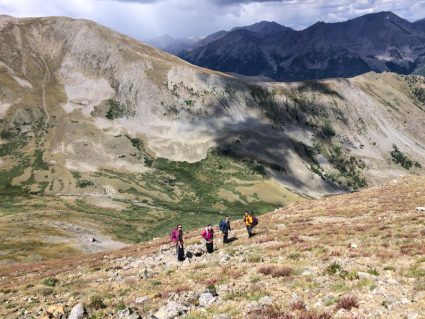 We saw people climbing Missouri, a nearby peak, but we only passed a total of three people on our trail. We watched rain clouds gathering and were grateful for our early start. 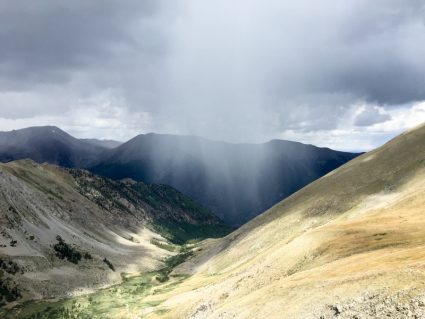 Around the time we exited the rock fields, it began sleeting little ice pellets. So out came the rain gear! The trail became wet and muddy, and we slipped occasionally but nothing major. 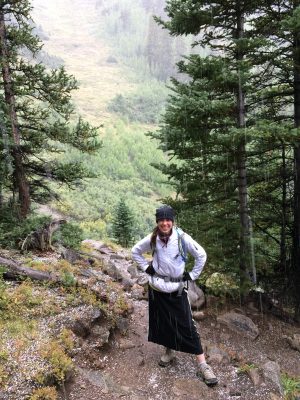 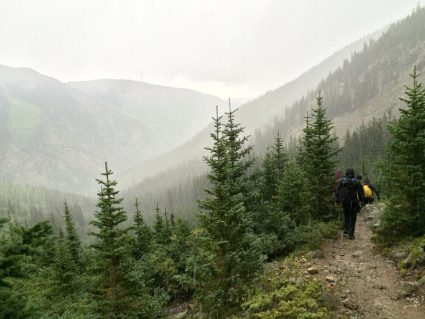 We made it down to the trail head by a little before 2, making our time from start to finish, and including our summit breaks, to be close to 11 hours. It was an intense hike with wonderful company!

“O God, thou art my God; early will I seek thee:
my soul thirsteth for thee, my flesh longeth for thee…”
Psalm 63:1

11 thoughts on “Mount Belford and Oxford, Another Double 14er”