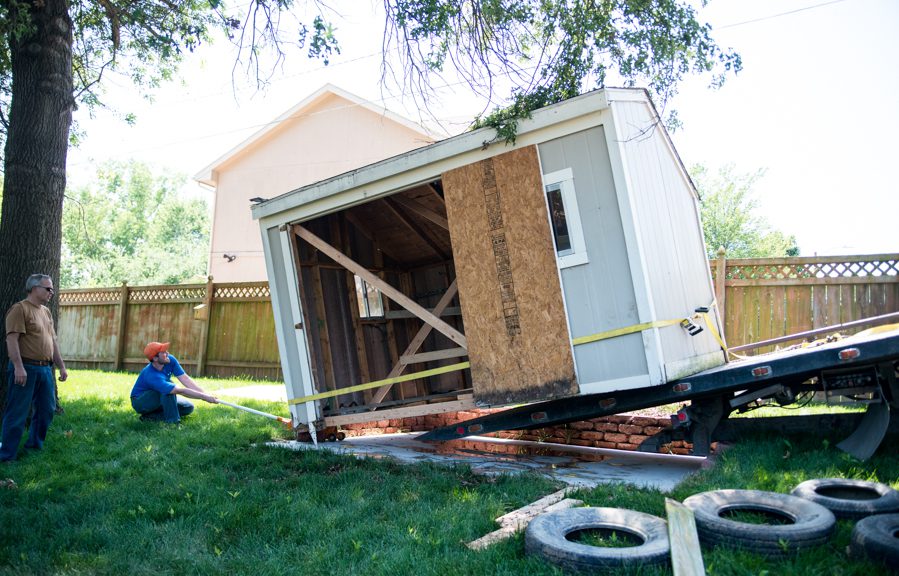 Recently some friends of ours were getting rid of a shed, and Joseph needed one. After measuring it, they found it was the perfect, exact size for Joseph’s cement pad. But, there was a little more involved than just hauling the shed over with a truck. This shed had some Hardy paneling and was very heavy. You couldn’t just drag it onto the tow truck and hope for the best.

I’ll make a long story short. The guys braced the shed one night, and then Joseph hired a roll-back, tow truck to bring it over to his house.

The shed move was intense. Very intense. At one point, when it got over to Joseph’s house, and we were trying to get it into position–well, things got interesting. The tow truck guys were great, professional, and even though the temperatures were in the upper 90’s, kept at it.

Enjoy the pictures. They will tell the story. Believe me. 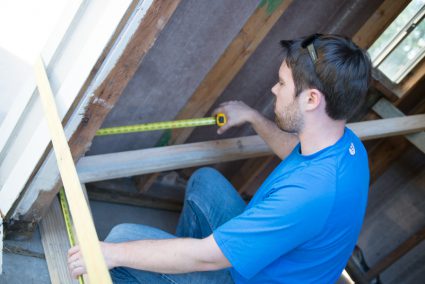 They braced the shed before moving. 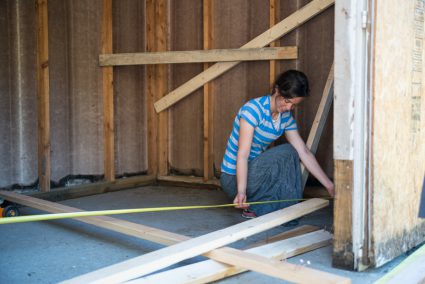 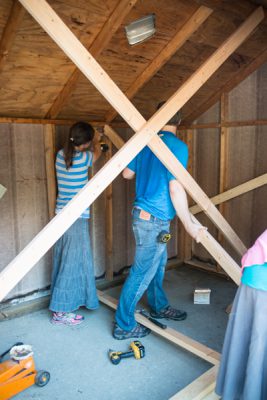 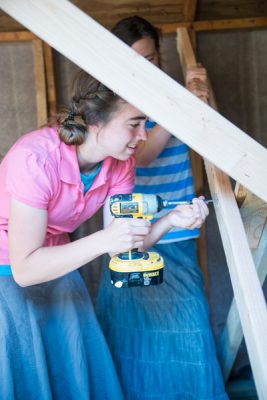 Now, the day of the move! 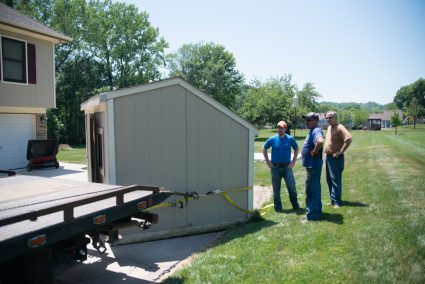 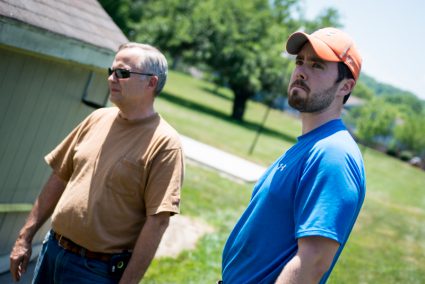 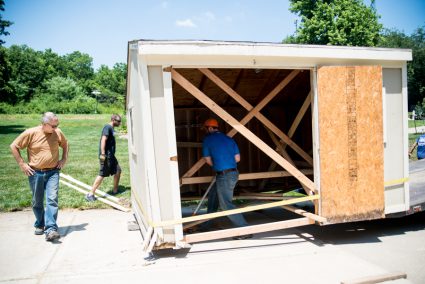 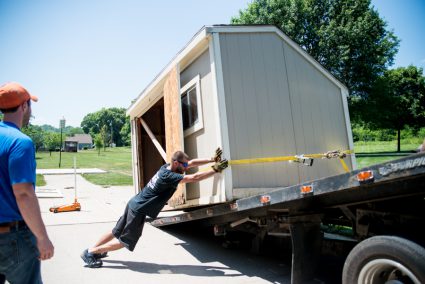 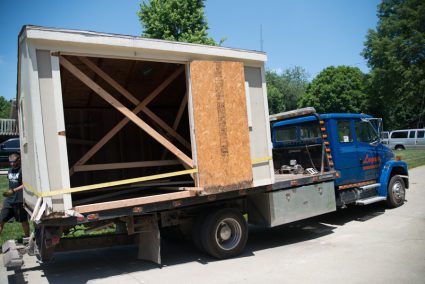 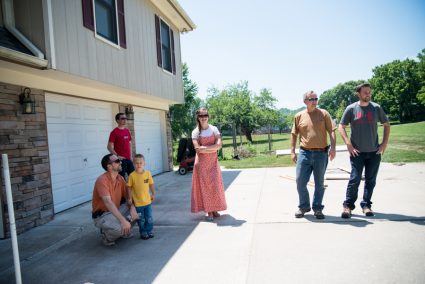 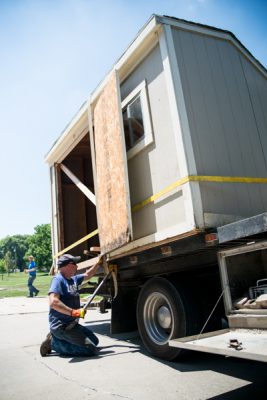 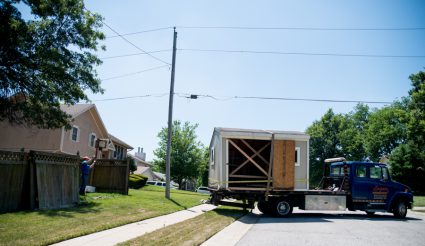 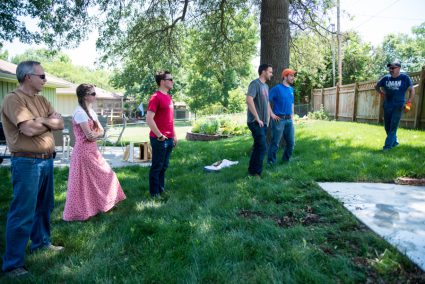 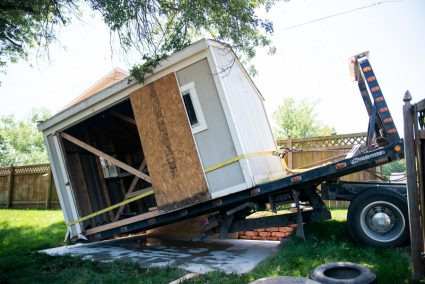 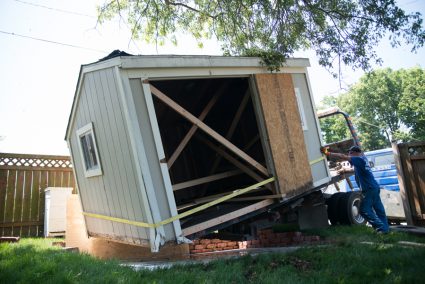 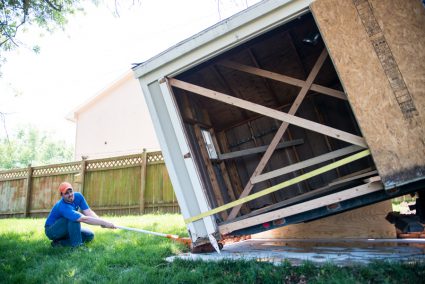 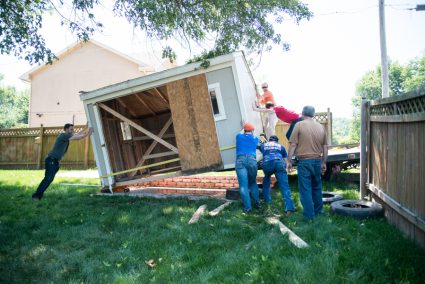 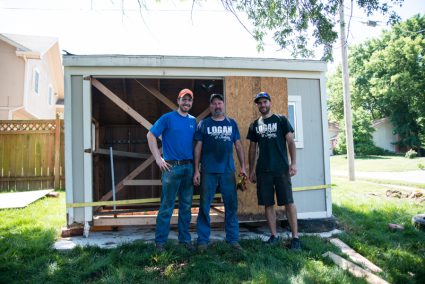 Joseph with the guys who moved it.

“And whatsoever ye do, do it heartily, as to the
Lord, and not unto men.”
Colossians 3:23

7 thoughts on “Moving a Shed”