Mary’s birthday felt like it came early because we woke up a little after 3 a.m. We had our individual Bible times, finalized loading our packs, and headed out. Since we were unsure of how Dad’s feet would do, we took John’s truck and the van.

We arrived at the trailhead and began our hike at 5:36 Central. Headlamps were a must. 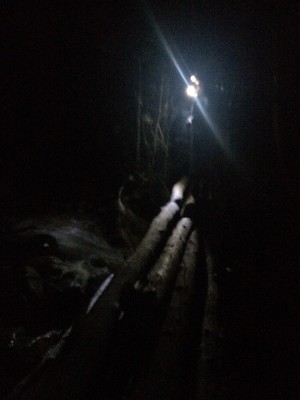 Walking in the dark is interesting in its own way. When you come back through in the light, you get to see all the things you missed. At one point, we knew we were approaching water, but we couldn’t find the trail. As the guys searched around the big boulders, Dad found the way to a bridge across a deep canyon! You’ll see pictures of that canyon later.

By dawn, we came to a pretty meadow with a bubbling stream, wildflowers, and tall grass. It’s the kind of place that makes you want to be a camper somewhere in the meadow or see a moose drinking from the brook.

After the meadow, we began more of a climb, but thankfully there were switchbacks to break up the steepness. 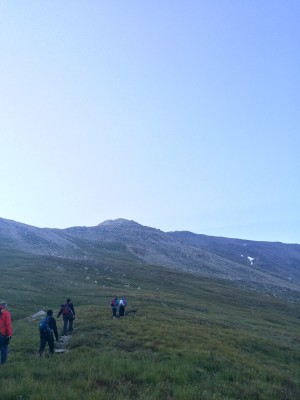 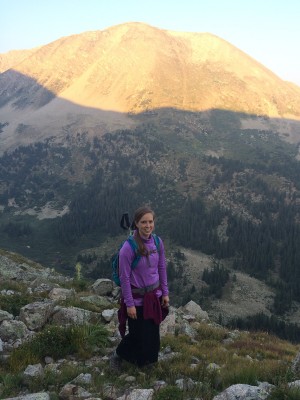 Around this time, we saw our first hikers way above us on the ridge. We made our way slowly but steadily to the ridge and then took a break to be ready for the final ascent. 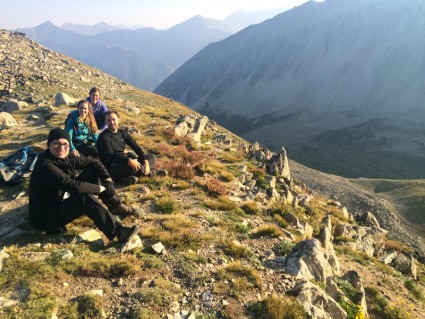 The next area consisted of boulders and places with loose dirt on the trail. As we continued, someone noticed a mountain goat ahead. We neared, and the goat didn’t seem to mind us except for Dad’s red coat, which did seem to bother him. 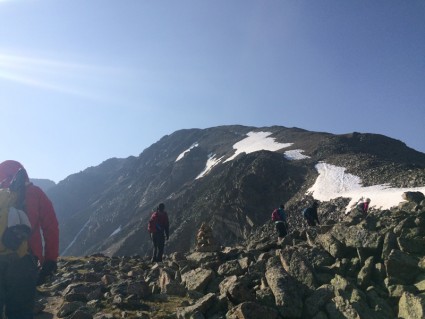 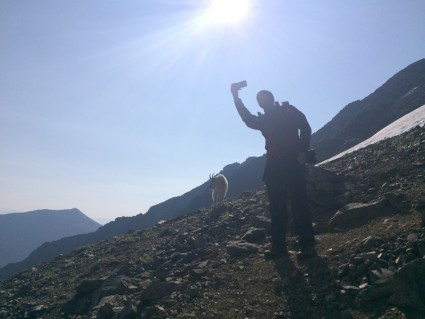 After pictures, we kept going, and the trail became much harder. Finally, about a 1/2-3/4 of a mile from the summit, Dad and I turned around while the rest went on.

Even though we stopped short, the views were still pretty. The others summited about 11, which meant it was a 5+ hour hike just to the summit! It was cold and windy, but they still enjoyed 45 minutes on the summit.

The descent was tricky, involving loose dirt on the trail which isn’t a comfortable feeling as you slip and slide your way down. We met many people still working on the ascent, so that broke the hike up as you talked to them. 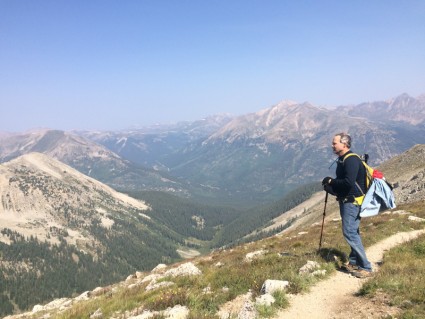 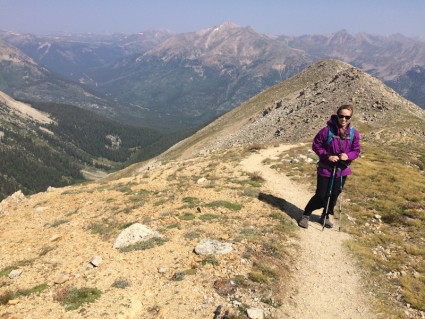 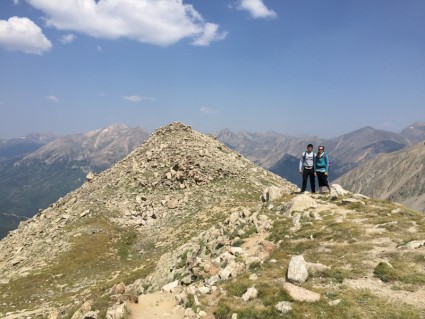 Below the ridge, we saw the mountain goat again. He was happy to use the path as his trail, which made it inconvenient for people desiring to pass him. He did eventually move off, though, if you worked hard enough. It was amazing to be so close to him. 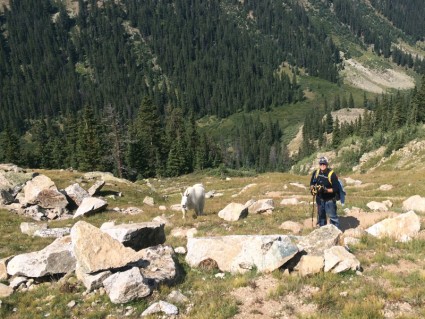 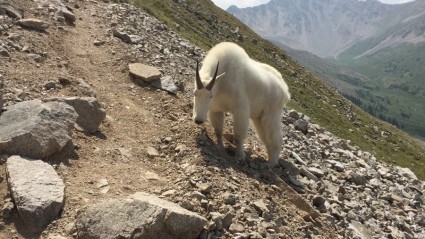 John made his descent quickly due to a work issue, so we were glad for two vehicles, because he had to go back to the cabin. The rest of us made it down by 3 something.

For those thinking about hiking La Plata, all I can say is it’s a difficult one, with lots of loose dirt and scree, and some areas have a steep hillside next to the path.

“And he hath put a new song in my mouth,
even praise unto our God:
many shall see it, and fear,
and shall trust in the LORD.”
Psalm 40:3