Even though it started out as a regular 14er morning, we knew this one would be our hardest yet. Some of the family opted for tackling both Harvard and Columbia, while Dad, Mom, and I chose to only try for Columbia (15 miles and 6200 ft versus 11 miles and 4500 feet of elevation gain).

Joseph, John, Anna, Jesse, and Mary, whom I’ll refer to as Team A, started early–as in 2:30 am. Dad, Mom, and I–Team B–began about 4:15. Headlamps and flashlights were the mode of illuminating the trail. Unfortunately, at one point, Jesse lost his headlamp down a steep hill, and John, being the hero, retrieved it, so all was well. I can’t imagine hiking a 14er by yourself, especially starting before light. There’s comfort in being with a group. There’s just something about walking through the forest and wondering what is “out there” that you can’t see. 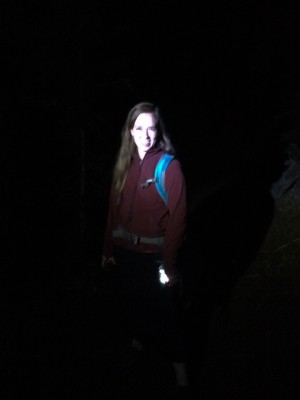 Team A found the trail to Mount Harvard pleasant. The first part of the hike was just ticking down the miles and walking through the forest, without much of an incline. For the double climb everyone started at the same trailhead, and then about 4 miles up at a trail junction, Mount Columbia’s trail splits from the main trail, while Mount Harvard continues on. Then, after a person summits Harvard, they can traverse the ridge to Columbia (that sounds too easy the way I wrote it: wait until you read how it really went). Team A helped Dad, Mom, and I locate our trail (it isn’t marked with a sign) as that split is hard to find. Jesse used GPS coordinates, and about mile 4, they found the correct turn off. Team A collected lots of rocks and made a big rock cairn so we wouldn’t miss it. They also wrote a note on a paper towel and then continued on their trek. 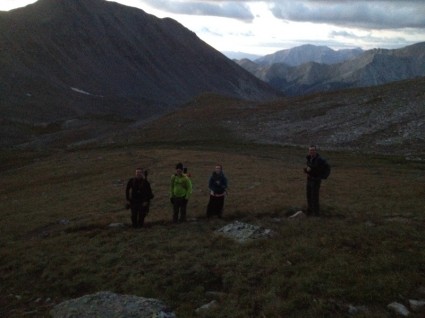 Meanwhile, Team B plodded along. We started out later as we wanted to reach the tree-line about dawn; if we began too early, we would face a very difficult section of trail in the dark, which we didn’t want to do.

Both teams had radios, and after some time, we were in range and could communicate. As the dark sky lightened, we could see clouds already forming. That is typically not a good thing. Conversation was pleasant in both groups as we enjoyed God’s creation and watched the sun rise. 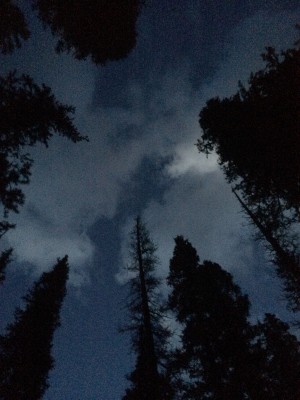 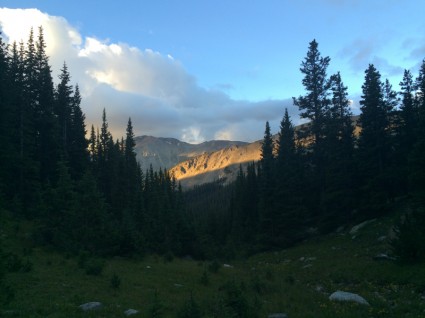 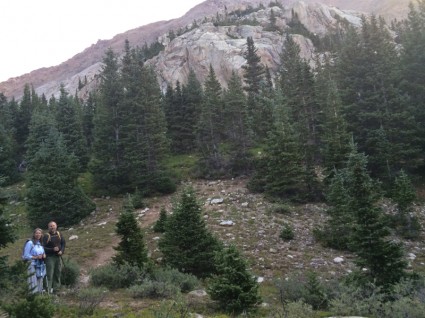